ATK Mohun Bagan put on a clinical performance on Tuesday night to inflict yet another defeat on Bengaluru FC in the Indian Super League (ISL).

Antonio Habas’ side, while scoring a very important win in the race for the league stage title, ensured Bengaluru’s play-off hopes took a huge hit.

The Kolkata giants were more clinical in front of the goal from the onset. The first instance when Antonio Habas’ men made their intent clear came in the 4th minute when Marcelinho received the ball on the left flank and dogged past three Bengaluru FC defenders with his quick feet and movement. The Brazilian continued with his solo run inside the box and then took the first shot off the match which ended in the safe pair of gloves off Gurpreet Singh Sandhu.

Suresh Singh Wangjam, meanwhile, distributed the ball well in the initial 10 minutes but faded away as the match progressed despite his impressive workrate. Bengaluru FC looked clueless in attack, combining few back passes and keeping the ball in their own half. Occasional movement ahead of the ATKMB centre-halves was the highlight of their game in the first 30-odd minutes. A lot of credit for this goes to ATK Mohun Bagan who nullified Bengaluru well and broke with purpose.

Habas’ side attacked on the counter from the left flank with David Williams as their key man. The forward not only controlled and dribbled the ball past the defenders but also cut into the middle in search of half-chances. He also found good support in Marcelinho on the left.

It was 65 per cent possession in favour of the Blues but the inevitable goal arrived when Pratik Chaudhari made an error while defending a through ball. Roy Krishna pounced on it and Chaudhari ended up hauling him down to concede a penalty. The Kolkata giants grabbed even more authority on the match when Marcelinho hit home a sublime free-kick from only a yard outside the box, given for a very rash foul on Williams by Harmanjot Khabra.

Marcelinho has had a massive impact since he joined the Kolkata giants in January. The Brazilian’s movement has added more teeth and flair to ATK Mohun Bagan’s attack, something which the opposition defenders are finding it difficult to contend with. Roy Krishna has combined well with the Brazilian as the penalty was won as he got on the end of a through-ball by Marcelinho.

The Brazilian has thus far had 13 shots on goal and ATK Mohun Bagan has clinched victory in all three matches he featured in. Habas also took no time to show his faith in Marcelinho as he gave him a start since he was brought into the side over a loan swap dead with Australia-born Scottish midfielder Brad Inman.

Bengaluru FC struggled to create openings and the only real chance they had was a shot from outside the box by Sunil Chhetri which was kept away by Arindam Bhattacharya.
What would also concern Bengaluru is that they have another injury to be concerned about. Rahul Bheke injured his hamstring and looks set to miss the last few games for Bengaluru FC.

Moreover with the playoffs approaching and Manvir Singh finding the back of the net in the previous matches — the ATK Mohun Bagan forwards consisting Marcelinho, David Williams and Krishna — is poised to take their team to distance.

Liston Colaco: Hyderabad FC's precocious forward who is steadily rising to the top

Wed Feb 10 , 2021
Liston is been effective enough despite spending just 735 minutes on the pitch from 15 appearances this season… Liston Colaco ended the previous Indian Super League (ISL) season at Hyderabad with two goals from four appearances (227 minutes) compared to a mere 51 minutes of action with FC Goa over a span […] 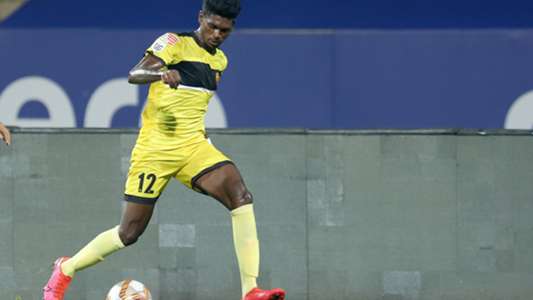