Former Gor Mahia head coach Frank Nuttall has claimed he was discouraged from picking striker Michael Olunga during their time together in the Kenyan Premier League.

The duo worked during Gor Mahia’s 2015 campaign, when they emerged as unbeaten champions and the striker was named the Most Valuable Player, even though he lost the Golden Boot race to Jesse Were – then at Tusker – who scored 22 goals compared to Olunga’s 19.

Nuttall has now stated he was told not to select the Al-Duhail SC forward as he was deemed not good enough.

“Congratulations and good luck to [Michael] Olunga on his recent move to Qatar. At Gor Mahia, in our unbeaten season of 2015, he scored a total of 35 goals for club and country,” the tactician posted on his Facebook page.

“During this time he was also studying engineering at the university and going without salary due to financial difficulties at the club.

“He would often turn up for training drained by exams and having no money, so I would tell him to get a massage and have a sleep at the back of the grandstand but just be ready for the next match!

“He always was! By the way, many people used to tell me not to pick him, that he wasn’t good enough, that he wouldn’t score goals!”

Nuttall stated he is now happy as his trust in Olunga has been proved right by the striker’s achievements.

“Thank goodness that I thought differently,” he continued.

“After one season, he moved to Sweden. To then transfer to China, Spain, Japan and now Qatar where he is currently playing in Fifa World Club Championship is fully deserved and Kenya should be truly very proud of him. I certainly am!

Olunga won the Golden Boot in Japan with Kashiwa Reysol after he scored 28 goals in 32 league games last season. He was also named the MVP becoming the first African star to achieve that in the J1 League.

After the stellar 2020 season, Olunga moved to Qatar, where he joined Al-Duhail SC. Olunga is Kenya’s dependable centre-forward although he missed November’s African Cup of Nations qualifiers due to coronavirus travel restrictions.

Sun Jan 24 , 2021
Gregg Berhalter has called in 16 players eligible for Olympic qualifiers for the upcoming friendly A total of 10 uncapped players will be a part of the U.S. men’s national team squad to take on Trinidad & Tobago to conclude the combined senior and U-23 team January camp. Both the […] 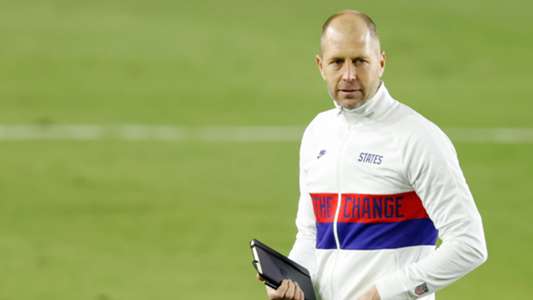