Manchester United winger Facundo Pellistri is set to join Deportivo Alaves for the remainder of the season on loan, Goal can confirm.

The 19-year-old winger signed for United on the final day of the summer transfer window but, with competition high in the first team and a lack of minutes available, he will join the Liga side until the end of the season to aid his development.

It is understood that, subject to agreeing contracts, Pellistri will fly to Spain on Sunday to complete his move and Alaves will contribute towards his wages.

United manager Ole Gunnar Solskjaer has spoken highly of the right winger since his €10 million (£9m/$12m) arrival from Penarol and he has impressed in his performances at Under-23 level, where he has scored three goals in eight appearances, and there is no option for the Spanish outfit to buy Pellistri as part of the loan deal.

Club Brugge were also interested in taking Pellistri on loan, but sources say he has always dreamed of playing in La Liga and, after the Mendizorroza outfit presented their plans for his development and his importance to the team, he instructed United of his wishes to go there.

“There have been talks and quite a few clubs interested in Facundo to go out on loan and that’s maybe something we’ll let him do now he’s had a few games in the reserves and we want him to have regular football at a high level,” Solskjaer said at a press conference on Tuesday afternoon.

While he has been a regular in training with Solskjaer’s side, Pellistri has made just two matchday squads, where he was an unused substitute in the Champions League games against Paris Saint-Germain and Istanbul Basaksehir.

It was expected he would be in contention for a place in the squad for the FA Cup third-round clash against Watford, only for the teenager to have to isolate having contracted Covid-19.

With Solskjaer predicting new recruit Amad Diallo could be included in a first-team matchday squad in the coming weeks, Pellistri has further slipped down the pecking order and all parties have agreed that the next step for his development would be going out on loan.

Fri Jan 29 , 2021
Football’s lawmakers are trialling new rules that are aimed at benefitting player welfare The English Football Association and the Premier League have seen their application to introduce additional permanent concussion substitutes approved. With player welfare a concern, both short and long term, the governing bodies approached the International Football Association […] 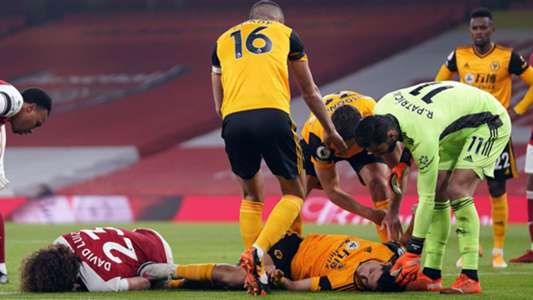