Ole Gunnar Solskjaer has revealed how Edinson Cavani has been teaching Mason Greenwood good habits after the teenager was suffering from “second season syndrome”.

Greenwood had an incredible first full season in the Manchester United first team, scoring 17 goals in 49 appearances. However, with off-field influences having an impact and his form taking a dip, he found himself at the centre of attention for the wrong reasons earlier this season.

Solskjaer has always been consistent in his message that he has no concerns over the teenager despite him only managing four goals in 23 appearances in the current campaign. His impressive goal against Liverpool in the FA Cup fourth round on Saturday sparked a great reaction and there is hope he can now push on.

Solskjaer said: “It’s always a challenge. Everything is a test. We talk about the second season syndrome and if you take your eye off the ball for just a slight second, the Premier league is unforgiving.

“I have always said that 99% effort is 100% failure, and of course players who ease off in training every single day a little bit – I’m not saying this is Mason. I am saying it’s the case for every single one – it’s always a learning curve and test.

“I feel now that we have maybe overcome those issues because they know my demands on the standards and habits and physical demands and the running stats.”

One person who has been influential in helping Greenwood push on is Cavani. Solskjaer said the veteran striker had been teaching the England international and it is not just the teenager who has benefitted from the former PSG star’s arrival.

“It doesn’t matter if it’s Marcus [Rashford] or Dan [James] or Anthony [Martial] or Mason, they have all got things to learn from Edinson and the more humble and hungry you are to listen the better you will become. Edinson has been in every single position to score a goal or to win the ball back throughout his career and there is so much for them to learn off him.”

Cavani arrived on the final day of the summer transfer window and with a week to go of the winter transfer window Solskjaer is expecting a couple of outgoings to his squad but is not anticipating any new faces at Old Trafford.

“I would be surprised if we do any incomings,” he said. “The squad is strong. It is full of quality. I still need to leave players out for the squad at times, bar something surprising happening I don’t think anything will happen in terms of incomings no.”

Scott: It would be disrespectful to say I’ve joined Everton for game time 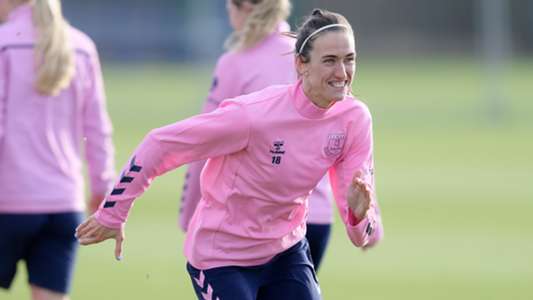