The forward, along with team-mates Axel Tuanzebe and Anthony Martial, were subjected to online abuse this week

Greater Manchester Police have opened an investigation after several Manchester United players were racially abused on social media in the past week.

Marcus Rashford was abused on Saturday after his side’s 0-0 draw against Arsenal, and the forward hit out against those who targeted him.

“Humanity and social media at its worst. Yes I’m a black man and I live every day proud that I am. No one, or no one comment, is going to make me feel any different. So sorry if you were looking for a strong reaction, you’re just simply not going to get it here,” he wrote.

“I’m not sharing screenshots. It would be irresponsible to do so and as you can imagine there’s nothing original in them. I have beautiful children of all colours following me and they don’t need to read it. Beautiful colours that should only be celebrated.”

The abuse directed at Rashford followed on from Axel Tuanzebe and Anthony Martial also being targeted after United’s 2-1 defeat to Sheffield United in midweek.

Man Utd released a statement after Tuanzebe and Martial were victimised, saying: “Everyone at Manchester United is disgusted by the racial abuse received by players via social media after last night’s game. We utterly condemn it and it is encouraging to see other fans condemn this on social media also.”

In a statement on Twitter, Greater Manchester Police confirmed they would be launching an investigation.

“We are aware of a number of Manchester United football players suffering abuse on social media accounts between Wednesday 27 January and Saturday 30 January,” the statement read.

“Nobody should be subject to such abuse and it is deeply upsetting not only to those who suffer it, but to all those who come across this awful language too.

“These hateful words have no place anywhere in our society whether online or otherwise.

“A number of these comments have been reported to us and we are liaising with those involved to provide support and we will be investigating these crimes thoroughly.

“Tackling hate crime remains a priority for GMP and we take these reports very seriously.”

The Red Devils weren’t the only team to have players targeted by racist abuse on social media this week, as Chelsea defender Reece James revealed on Friday that he had also been abused online.

Sun Jan 31 , 2021
The Porcupine Warriors and the Miners shared the spoils in their league meeting in Obuasi Asante Kotoko and Ashanti Gold played out a 1-1 draw in their Ghana Premier League derby on Sunday. In the end, the two teams settled for a point apiece in the matchday 11 fixture at […] 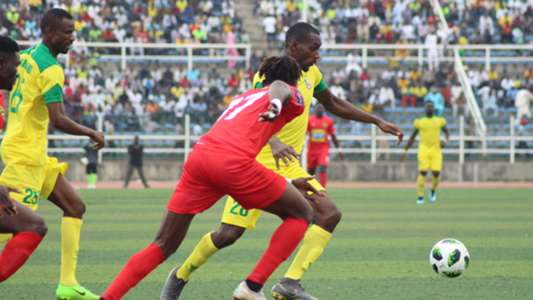