Manchester City academy star Jayden Braaf has joined Italian club Udinese on loan for the rest of the season.

Sources previously confirmed to Goal that the Serie A side wanted the highly-rated winger, who has yet to break into Pep Guardiola’s first team.

Udinese have signed Braaf on a six-month loan move and negotiated an option to buy the player for an undisclosed fee at the end of the deal.

City were open to a loan switch for the highly-rated winger, who has also been watched by a number of German clubs including RB Leipzig and Borussia Dortmund.

The 18-year-old Dutchman joined the club from PSV in 2018 and quickly established himself as one of the top prospects in the club’s academy.

He has drawn comparisons with England international Jadon Sancho, who also came through City’s system as a youngster before establishing himself in the Bundesliga with Dortmund.

Although he has spent time training with the first-team squad, he is yet to make a first-team appearance.

After missing the start of the campaign through injury, Braaf was part of the U18s side that won the FA Youth Cup for the first time in 12 years.

From that team, Cole Palmer, Taylor Harwood-Bellis, Tommy Doyle and Liam Delap have all featured for Guardiola’s side this season.

Braaf, however, is keen to prove himself and with a step-up to the first team not seen as likely any time soon, a loan switch suits the player and both clubs.

The Netherlands U18 international is believed to be valued at around £8 million (€9m/$11m) and for any permanent deal, and City are likely to want a sell-on clause.

Braaf, who attracted interested from Chelsea before joining City, has a contract with the club until 2023.

Meanwhile, City goalkeeper Aro Muric has ended his loan spell with Girona at joined Willem II in the Netherlands for the rest of of the season.

The Kosovo international, who signed a contract extension keeping him at City unitl 2024 in the summer, made just four appearances for the Spanish club.

He has previously had loan spells at Nottingham Forest and NAC Breda, although the latter was cut short when he returned to the Eihad Stadium to deputise for Ederson after an injury to Claudio Bravo.

Mon Feb 1 , 2021
The 25-year-old made the step up to the top-flight in a £1.6 million deal on the last day of the transfer window Jurgen Klopp admitted Liverpool would not normally buy a player from Preston to solve their defensive crisis, but says he is excited about new signing Ben Davies’ potential. […] 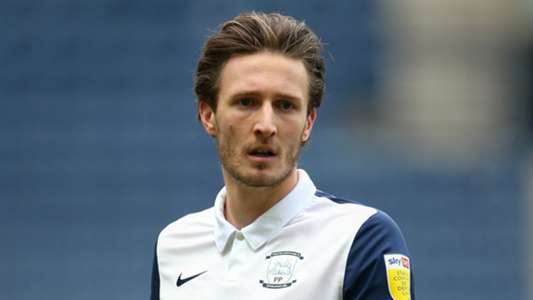