Will the league leaders extend their ongoing winning streak against beleaguered Spurs?

Manchester City are writing history in English football, with their FA Cup victory over Swansea City in midweek extending their winning run to 15 matches in all competitions.

It’s an all-time English football record for a top flight team – a simply remarkable feat – and Tottenham Hotspur appear set to be the Prem favourites’ next ‘victims’ as they look to extend their streak.

Usually, Jose Mourinho’s side would be stern opponents for Pep Guardiola’s team, however, after a recent poor run—that reached a new low with their 5-4 FA Cup final elimination by Everton—will they really be able to stop the Cityzens?

Kevin De Bruyne remains absent for City, and while the league leaders are doing fine without him, Guardiola will nonetheless be desperate to get his creative hub back into the side.

Sergio Aguero is unlikely to return for this one, while Nathan Ake remains absent.

Elsewhere, Guardiola has other concerns; Rodrigo was injured against Swansea City, but should he fail to recover, Fernandinho may not be able step in, as the Brazilian is suffering from a quad problem.

In defence, Ruben Dias sat out the Swansea game with illness, and it remains to be seen if he will be fit to recover in time.

For Spurs, Gareth Bale sat out against Everton after yet another setback, and remains a doubt, while Mourinho will also have to make a late call on Serge Aurier.

Giovani Lo Celso and Sergio Reguilon will definitely miss out with injury, and the latter, in particular, represents a considerable loss for the Lilywhites.

After their poor showing against Everton, Spurs will be desperate for any reasons for optimism ahead of their meeting with the league leaders.

Well, since Mourinho took over, they have at least won both of their fixtures against City, although sceptics may point out that both fixtures were in London, rather than at Eastlands.

In fact, City have a strong recent home record against Spurs, having won seven of their last 10 matches at home against the capital club—while losing only one!

Worryingly for the Lilywhites, they’ve won just one of their last six Prem away games, while you have to go way back to 1992 to find an away win for Spurs against a team leading the table at the time.

In the intervening years, Tottenham have lost 21 and drawn three against the league leaders…things don’t bode well.

While Spurs may take some encouragement from City’s extensive injury list, they’ve got problems of their own, not least a defence that’s short of confidence and missing some key personnel.

Despite the absentees, City have demonstrated already—during their ongoing winning streak—that they can hope with absent star men, even if they are of the calibre of De Bruye and Aguero.

With the likes of Phil Foden, Raheem Sterling, Bernardo Silva and Riyad Mahrez likely to be let loose on this Spurs defence, Mourinho’s side could be in for another crushing defeat.

Fri Feb 12 , 2021
BUL FC 2-1 KCCA FC: Mutebi’s side stumble in Jinja as Premier League resumes The 13-time league winners were unable to get at least a point since they were frustrated by their rivals as the competition returns from a break Kampala Capital City Authority fell to a 2-1 defeat to […] 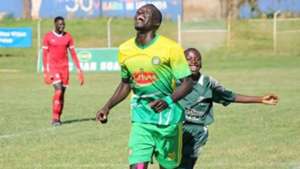