31′ Silva now looks to make immediate amends with a delicate shot tucked in from just inside the Spurs box. It takes a defensive deflection and arcs calmly into Lloris’ hands. Foden tries his luck a handful of seconds later and Dier deflects away.

29′ Silva picks up the first booking of the game for a particularly brusque challenge. That was a little bit wasteful to get a yellow card.

27′ The hosts have simply exerted further pressure since that opener now. Guardiola will know that a rinse-and-repeat job – keeping those Spurs counters to a minimum included – will be the easiest way to a result here.

25′ It’s hard to say if the hosts are strictly deserving of their lead – despite their pressure, they’ve not carved out a glorious opportunity yet. Still, a penalty is a penalty and they have the lead. A Spurs free-kick opportunity is drifted into the City box now, ably cleared away from danger.

23′ GOAL! RODRI CONVERTS FROM THE PENALTY SPOT FOR MANCHESTER CITY! 1-0! The hosts have been wasteful with such opportunities this year but they make sure this one sticks, despite the best efforts of Hugo Lloris. The keeper gets his right glove to it as Rodri clips it left – but he can only push it into his own net rather than around the post. First blood to Pep Guardiola in this age-old tussle.

21′ Sterling and Jesus twist and turn around the edge of the box, before a throughball is drifted in for Gundogan. Hojbjerg tangles with him and they both go down – and it is a penalty! Paul Tierney points to the spot. Spurs are furious. It will be Rodri who has a go.

19′ Zinchenko, perhaps out of frustration, leathers a shot from distance as he looks to exploit a bit of space. It sails well wide of the mark and hands Lloris the goal-kick.

18′ Kane leads another charge for the visitors, cutting a path down the left wing before he bends an attempted cross for Lamela over the crossbar and out of play.

16′ This has been promising from Tottenham so far; they have restricted City’s high press in the final third to minimal opportunities and are looking composed when they break back down the other end.

14′ Off the post! Kane slaps it over the wall and into the near top-right corner of the goal-frame, seeing it rebound back into open play. Ederson manages to snaffle Lucas Moura’s attempted return delivery.

13′ Now Laporte clips Kane as he tries to shrug off a challenge at the end of a promising counter-attack, near the edge of City’s penalty area. It is promising set-piece territory for the visitors.

12′ Sterling and Silva come close to unlocking a delightful one-two down the left edge for City now, but are unable to quite pull off the last pass before Spurs smother it away.

9′ Now Ndombele snakes his way into the City box with a rather daring run, just unable to disentangle himself from Stones and slip the ball to Son. Spurs are finding some decent purchase on the counter so far.

7′ The weight of pressure so far is primarily City’s, but Spurs are no slouch either, with Kane carving a dizzying path through midfield on an unfulfilled run a moment later. Flashes of spark for the visitors amid early heft from the hosts.

5′ City harry Spurs exceptionally around the latter’s box before the visitors launch a counter through the middle. A lob pass aimed for Son is intercepted before the South Korea international can do any damage.

3′ An early corner for the hosts following some pressure from Foden sees the England man whip it in off the right. Rodri sends the delivery flying over the bar with a haphazard touch.

1′ We are underway in this Premier League clash between Manchester City and Tottenham Hotspur!

The teams are out at the Etihad Stadium and we’re moments away from kick-off.

We haven’t even mentioned the fact that this would originally have been the first of two games between City and Spurs this month, before the FA moved the EFL Cup final back to April. Indeed, Guardiola and Mourinho will meet again at Wembley with silverware on the line; consider this a dress rehearsal.

Tottenham draft in three new faces after that marathon FA Cup exit against Everton in midweek, with Harry Kane, Eric Dier and Japhet Tanganga all in; the latter for his first Premier League start. Gareth Bale – whose return to north London has not quite been the fairytale hoped for – is on the bench.

Of course, this game isn’t won by two men on the sidelines; it’s won by the players on the pitch. With that in mind, Gabriel Jesus and Aymeric Laporte are the two changes for City from the side that drubbed Liverpool last time out, while Sergio Aguero returns to the bench after a Covid-19-enforced absence.

Indeed, it is Guardiola who has taken the lion’s share of victories; 11 in all But their Premier League rivalry is a different story; it is three wins apiece, with two of the Portuguese’s coming since he took charge of Spurs. Could he make it three on the bounce?

This is the 25th encounter between the pair, stretching back to when Mourinho’s Inter held Guardiola’s Blaugrana to a draw in 2009. They’ve contested four finals between them, including the 2013 Super Cup, when the latter’s Bayern Munich trumped Chelsea on penalties.

Sure, Jurgen Klopp might be the man who has got the better of the Spaniard in terms of silverware over the past few years. But there are few like the Portuguese who present such a vexing opponent on the field for over a decade, best exemplified during the duo’s Barcelona-Real Madrid rivalry in La Liga.

In any other year, the Blues and the Lilywhites would still be a prime tie to sink the teeth into. But this isn’t just any old match; it’s the latest chapter in one of modern management’s greatest rivalries; Pep Guardiola versus Jose Mourinho.

Hello and welcome to live coverage of the 2020-21 Premier League season as Manchester City look to continue their apparently unstoppable resurgance against one-time pacesetters Tottenham at the Etihad Stadium.

Sat Feb 13 , 2021
The forward had been out of the game since August, when he parted ways with Sao Paulo Former Chelsea, AC Milan and Brazil striker Alexandre Pato will line up at Orlando City for the coming season, the MLS side confirmed on Saturday.  Pato, 31, was available as a free agent […] 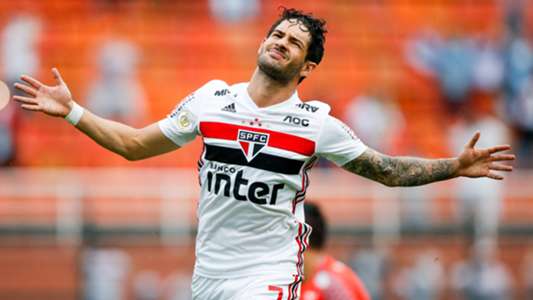