Phil Foden scored his eighth goal of the season in all competitions to give Manchester City a victory over Brighton and Hove Albion.

Foden found the back of the net a minute before half-time and that proved to be enough for Pep Guardiola’s men to make it eight games without defeat – including four straight wins – in the top flight.

England international Foden took his tally for the season to eight goals in all competitions at the Etihad Stadium on Wednesday, making him City’s highest-scoring player in 2020-21.

Bernardo Silva hit the crossbar and Gabriel Jesus made his return from COVID-19 as a substitute, but City were unable to add to their tally, with Raheem Sterling missing a stoppage-time penalty.

A lovely exchange between Kevin De Bruyne and Ilkay Gundogan led to the first major opening in the 14th minute, but the Belgium international was kept out by Robert Sanchez inside the six-yard box.

Mahrez was unable to supply the finish at the end of an intricate move around the visitors’ box, before De Bruyne was again denied by Sanchez following a counter-attack from Brighton’s first corner.

City made the breakthrough on the stroke of half-time, with Foden controlling a pass from De Bruyne exquisitely and guiding a fine finish into the bottom-left corner from the edge of the box.

8 & 14 – Phil Foden is now Manchester City’s highest goalscorer in all competitions this season (8), while no Premier League player has more assists in all comps than Kevin De Bruyne (14). Citizens. #MCIBHA

Guardiola’s men remained comfortably on top in the second half and after Mahrez missed a one-on-one, Sanchez denied Gundogan and saw Silva’s follow-up – which came after he sent the ball through Ben White’s legs – crash back off the bar.

Substitute Sterling blazed his last-gasp penalty over after De Bruyne pounced on a wayward header from Lewis Dunk and was taken down by Sanchez.

But City had done enough to move up to third and four points behind leaders Manchester United with a game in hand.

What does it mean? Defence still rules for City

City have done well to put together a strong run despite the absences of Jesus and Sergio Aguero, but their impressive form has been built on their defence.

They have conceded just two goals during their eight-game unbeaten run, while they have let in just seven in their past 14 outings in the top flight – four fewer than any other side since the start of October.

Brighton looked dangerous on the break at times, but Ruben Dias and John Stones secured a clean sheet for Ederson on his return from coronavirus.

De Bruyne was at the heart of everything positive for City in the first half. By setting up Foden he has now assisted 14 goals in all competitions this season, a tally no Premier League player can better.

City finally have a fit striker in Jesus, but for some reason Guardiola decided to play him from the left after sending him on in the 67th minute. It was not until Sterling entered 15 minutes later that the Brazil international got to play through the middle.

City host Crystal Palace on Sunday in the second of three straight Premier League home games, while Brighton are in action at Leeds United a day prior.

Wed Jan 13 , 2021
The Real Madrid striker hasn’t featured for Les Bleus in more than five years but could be back in the picture soon Real Madrid boss Zinedine Zidane says it is “good news” that Karim Benzema may make a return to the French national team. Benzema has not played for Les […] 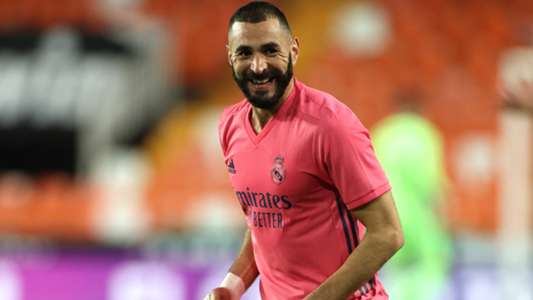