Arsenal, managed by former City assistant Mikel Arteta, won three league games in a row before football was brought to a halt in March. Their most recent match on March 7 ended in a 1-0 victory over London rivals West Ham, leaving them ninth in the table and five points adrift of fifth-place Manchester United, who have played a game more.

More than 100 days on from their most recent match, a 2-0 loss to bitter rivals Manchester United, reigning champions City resume their campaign with a tasty home fixture against Arsenal. Pep Guardiola’s side lost two of their last four matches before the coronavirus-enforced hiatus and are 25 points adrift of leaders Liverpool with this game in hand to play.

Hello and welcome to our live coverage of the Premier League clash between Manchester City and Arsenal at the Etihad Stadium.

Wed Jun 17 , 2020
Date published: Wednesday 17th June 2020 7:56 The Premier League returned with a moment of controversy as goalline technology failed to award Sheffield United what would have been a winning goal against Aston Villa. The two promoted sides met for the first Premier League game since March, but even though […] 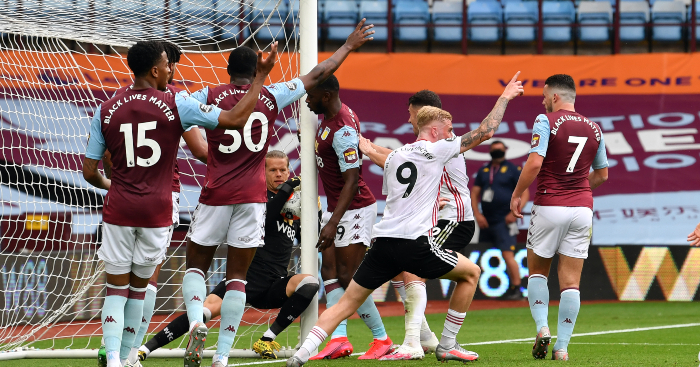