Simba SC officials have openly claimed they were shocked to drop points against Ruvu Shooting in a Mainland Premier League match on Sunday.

And on Sunday, despite taking an early lead the league champions could only manage to snatch a 1-1 draw against Ruvu Shooting while Azam FC floored Mbao FC 2-0 at Azam Complex in Dar es Salaam.

Simba information Officer Haji Manara has confessed every club official was shocked with the outcome of the match as their aim was to get a win.

“The outcome of the match against Ruvu is not what we were expecting, it is not a good result, to be honest, we did not expect to get such a result,” Manara is quoted by Sokaletu.

“I can only congratulate Ruvu for putting up a good show to deny us a win, they played in a very determined manner to take the point away.”

On his part, Ruvu Shooting Information Officer Msau Bwire said: “I had warned Simba prior to the match it will not be an easy task, I knew my players were well prepared to frustrate them and I think we have managed to get a point from them.

“We showed them good football, the same way Barcelona play and we now want to keep the momentum going and get good results in remaining matches.”

Shiza Kichuya opened the scoring in favour of the hosts before Fully Zullu Maganga ensured the spoils were shared.

Having won their two friendly matches against Trans Camp and KMC 4-2 and 3-1 respectively, Wekundu wa Msimbazi came into the match as favourites owing to the momentum set.

It was a massive improvement for the Ruvu based-side who lost the first meeting 3-0 but a blow to Simba who are targeting five more wins to be crowned champions.

Simba are now on 72 points after 29 matches; they have won 23, drawn three, and lost as many matches. Ruvu Shooting remained in 11th position as well after collecting 40 points from 29 matches.

The administrative side has managed to collect 11 wins, seven draws and 11 losses.

Mon Jun 15 , 2020
Date published: Monday 15th June 2020 8:50 Arsenal have been given a major boost after Atletico reversed course over the availability of a long-time midfield target. The Gunners’ engine room has long been considered an area of relative weakness. Former club captain Granit Xhaka has often come in for strong […] 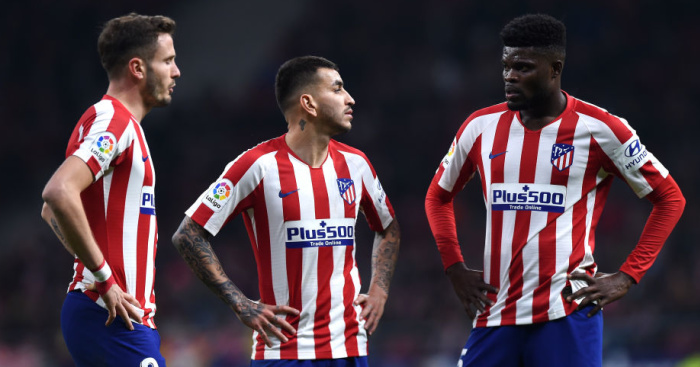