Manchester United’s defeat to Sheffield United had been “in the post”, according to Paul Parker, who says the “complacent” Red Devils’ luck ran out in their latest Premier League outing.

Bottom-of-the-table Sheffield United picked up only their second victory of the season to date in Manchester, with goals from Kean Bryan and Oliver Burke cancelling out a Harry Maguire header for the hosts.

Ole Gunnar Solskjaer’s side have come from behind to win seven times in 2020-21, but they ultimately failed to repeat the trick against the Blades, who were good value for their 2-1 triumph.

The Red Devils stayed a point behind leaders Manchester City in the top-flight standings after the surprise loss, but their local rivals can move four points clear in the title race if they win their game in hand.

Parker doesn’t think the result bodes well for his old club’s chances of lifting the Premier League trophy come May, and has admitted that it was inevitable they would eventually be punished for giving teams a headstart.

“If Manchester United were as assured and professional as they should be, then they simply would not have been beaten at home by Sheffield United. It just shouldn’t happen. You don’t do that as title challengers,” the former United star told Eurosport.

“You have to get over the line every game, however you do it. Confident sides at the top of their game deliver on that.

“Clubs that have the self-belief and consistency will be able to grind out results when things get tough, but when United put in displays like that then it’s just not possible for them to justify being top of the league. Manchester City are ahead of them for a reason.

“With United’s away form, the focus should be on the fact that they keep on going behind. Yes, they keep coming back, but it’s not a good sign that they have to keep doing that.

“It’s a positive to be able to do it every so often, on the odd occasion you fall back. You can only recover like that so many times, and this time their luck ran out.

“This result has been in the post. For Sheffield United, it’s testament to the fact that while they’ve been on the wrong end of defeats so far this season, only rarely have they been well beaten.

“They stay in the running and fight hard in every game. It seems like United either weren’t aware of that or weren’t prepared for that.

“United seemed a little complacent. It seemed like at 1-1 they assumed it would be destined that they would eventually win, but they let it go again with some slack defending.

“Defenders failed to close the ball down, and instead they just put their hands behind their backs and stood still. You might be worried about handball, but you have to defend properly and only then worry about how the rules are going to be applied.”

Parker went on to express his belief that United will now be underdogs when they take in a trip to Emirates Stadium to face Arsenal on Saturday, adding: “I think that Arsenal now go into the weekend’s game as the favourites over United.”

Thu Jan 28 , 2021
The Slum Boys were defeated by the Soldiers on Wednesday to record a third loss in five league games Mathare United head coach Salim Ali has revealed the main reason that has seen his side post poor results in the Football Kenya Federation Premier League. The Slum Boys were handed a […] 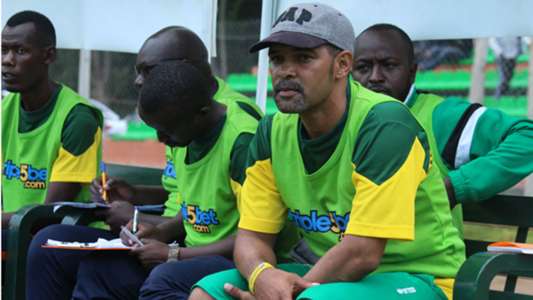