The Red Devils are said to have their eye on another talented teenager, but no formal offer has been tabled for his services as yet

Manchester United are, according to Independiente del Valle, yet to make a formal approach for exciting teenager Moises Caicedo.

The highly-rated 19-year-old is the latest emerging star that the Red Devils are said to have their eye on.

Ole Gunnar Solskjaer already has a deal for Amad Diallo wrapped up, with the Atalanta starlet on his way to England to complete a transfer that was put in place last summer.

United have also bought into the potential of Uruguayan forward Facundo Pellistri, with the 19-year-old now part of the fold at Old Trafford.

He could soon be joined by Caicedo, who continues to catch the eye in his native Ecuador.

It has been suggested that United are looking to push through a €6 million (£5m/$7m) agreement for the youngster now that another transfer window has opened.

Independiente del Valle general manager Santiago Morales has, however, sought to curb speculation regarding an imminent switch to England for Caicedo, with no official bid from the Red Devils put on the table.

He told Radio La Red of a player that is attracting admiring glances from leading sides across Europe: “There’s interest from various teams for Moises Caicedo and we believe that we will not have him this year.

“There is much speculation with Moises Caicedo, but we haven’t had any communication with Manchester United.

“We are surprised that they even talk about values, but we haven’t spoken with Manchester United, although we have spoken with other great teams in the world.”

If United are still mulling over their options, the revelation that “other great teams” are in the mix should help to speed up recruitment decisions at Old Trafford.

Caicedo only turned 19 in December and is still a rough diamond in need of polishing.

He is, however, a full senior international and a player expected to star for many years to come.

The youngster has been billed as a blend of N’Golo Kante and Paul Pogba, with his energy and creativity in the middle of the park allowing him to impact proceedings at both ends of the field.

Boost for Kariobangi Sharks as Ngunyi, Oudu report for training after injury setback

Tue Jan 5 , 2021
Striker Erick Kapaito has also explained why the Slum Boys have started the season better Patrick Ngunyi and Peter Oudu have handed Football Kenya Federation (FKF) Premier League side Kariobangi Sharks a massive boost after returning to training on Tuesday morning. The duo has been out owing to injuries, but […] 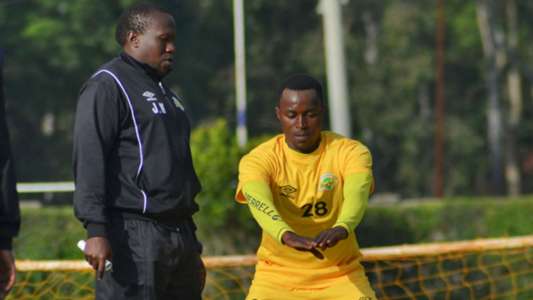