The former Red Devils striker admits Ole Gunnar Solskjaer’s side are “right in the mix”, but he cannot see the crown returning to Old Trafford in 2021

Manchester United will struggle to win the Premier League this season even with Bruno Fernandes pulling the strings, says Michael Owen, with the Red Devils told they are not yet as “rounded” as Liverpool and Manchester City.

Ole Gunnar Solskjaer’s side have overcome a slow start to the 2020-21 campaign and forced their way into the title picture.

Owen admits the men from Old Trafford are “right in the mix”, with a 2-1 victory over Aston Villa seeing them pull level with defending champions Liverpool at the top of the table.

There is, however, still a long way to go before major silverware is handed out.

United have found consistency hard to maintain in recent years and will need to buck that trend in order to remain among the frontrunners.

They have enough talent at their disposal to chase down a first crown in eight years, with Portuguese playmaker Fernandes now a talismanic presence in the middle of their midfield.

Owen, though, is not convinced that the Red Devils boast the experience and strength in depth that has allowed arch-rivals from Manchester and Merseyside to reach the summit of domestic and European games.

The former United striker told Premier League Productions when asked if an in-form Fernandes makes Solskjaer’s side serious contenders: “I’m not sure they can win the title with him to be honest.

“I still think they’re… I think they’re a brilliant counter-attacking team, against the bigger and better teams they are exceptional and can give anyone a problem.

“The question I have is when they’re in possession against teams like Wolves and trying to break them down.”

Owen added: “I watched them the other day [in a dogged 1-0 win over Wolves] and there were no chances. Listen, they’re right in the mix, no question about it.

“They’re second on goal difference, but are they as rounded a team as Liverpool or Man City? I still think they’re a step behind and I still think it will be a struggle for them to win the title.

“But the way they’re playing, anything is possible.”

United’s focus is about to shift to domestic cup matters, with their next two outings set to see them face neighbours City in the semi-finals of the Carabao Cup and Watford in the third round of the FA Cup. 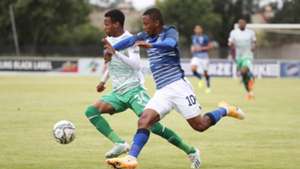