The former Red Devils goalkeeper sees positive steps being taken in the right direction at Old Trafford, with a title challenge on the cards

Manchester United’s rise to second place in the Premier League table is “no accident”, says Tomasz Kuszczak, with Ole Gunnar Solskjaer considered to be doing “something fantastic” at Old Trafford.

A Norwegian tactician filling the most demanding of posts has not always enjoyed such lavish praise.

Questions have been asked of his ability to deliver on expectations throughout an eventful spell that has delivered a number of highs and lows.

United are very much back on an upward curve at present, having moved to within three points of the Premier League summit while boasting a game in hand on Liverpool, and optimism is building again in Manchester.

Much of that had been eroded in the wake of Sir Alex Ferguson’s retirement in 2013, with the Red Devils regressing horribly, but patience is now being rewarded.

A title challenge appears to be on the cards, with Kuszczak impressed by what he has seen from a rejuvenated United.

The former Red Devils goalkeeper, who formed part of three title-winning squads in his playing days, told Stadium Astro: “In football we have waves where you dominate the league and European football – United had that.

“Sir Alex Ferguson did what he did for 26 years. He built the team and had big titles. After he left, we saw what happens – quick buy, quick sell, big decisions.

“The fans wanted to see United on top but it doesn’t always happen like that. Everyone could see a period of transition was needed and now something new is there.

“I can feel the trust that Ole has from the owners and supporters. It’s building up and he deserves that.

“He came in during a difficult moment and there were doubts about his name across experts – was he experienced enough?

“He is starting to do something fantastic. They are second, let’s build on that. It may change quickly but it’s no accident. There must be something in it.”

Kuszczak added: “If you look across the season it has been a bit up and down. It’s nice to be on top. You have to start to build on something.

“They can think ‘we are there’. They are second now, so hold on to that. Every game have the same mentality and see what happens. That is the right mentality for the team, to be humble and want to win trophies.”

While talking up United’s impressive form in 2020-21, as they rediscover how to grind results out, Kuszczak believes there is still room for improvement from Solskjaer’s side.

He said: “The strength of Manchester United in the past was not only scoring goals, it was defending as well. The great results and end of season trophies come from not just scoring goals.

“I think they have improved as a team. But against Leicester they had the lead twice and lost goals. Games like that happen all the time.

“If you want to achieve something in the Premier League and win trophies, you have to learn how to play and win games like that. If you look at records in the past and teams winning trophies, they have been fantastic at that – home and away.”

Thu Dec 31 , 2020
The right-back has played every game for the Canaries this season as they look to push for promotion back to the Premier League. Manchester United are interested in Norwich City right-back Max Aarons, but it is understood a deal in the January transfer window seems unlikely. Ole Gunnar Solskjaer rates […] 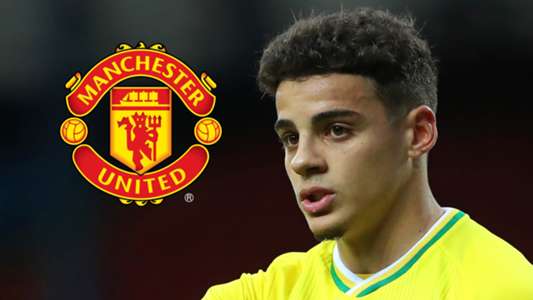