Facundo Pellistri is set to leave Manchester United on loan this week, Goal has learned, with a number of clubs keen on taking the winger.

Pellistri signed from Penarol in October for €10 million (£9m/$12m) but, having only managed a handful of games for the Under-23s side, both the club and the player have agreed that he should go on loan to guarantee more playing time and develop his game.

“There have been talks and quite a few clubs interested in Facundo to go out on loan and that’s maybe something we’ll let him do now he’s had a few games in the reserves and we want him to have regular football at a high level,” United boss Ole Gunnar Solskjaer said in his press conference on Tuesday afternoon.

It is understood Club Brugge, who United beat in the Europa League last season, are leading the race to sign the teenager on loan for the remainder of the season, with Alaves also interested.

However, the sticking point from Alaves’ perspective is that they are short of time, and have yet to detail what they can offer to Pellistri.

Goal has learned that Pellistri will make the final decision on Tuesday, while United club sources say a decision has yet to be made, with a number of clubs showing their interest.

It is understood Pellistri has always wanted the opportunity to prove himself in Spain but that a move to Brugge appeals to him after the club explained to him their need for a right winger.

The Belgian side have been in regular contact with the 19-year-old and promised him a leading role in a team who are top of the Belgian First Division and are still fighting in the Europa League, having been knocked out of the Champions League.

Solskjaer has been impressed with Pellistri since he arrived in October and his performances and ability have pleased U23s manager Neil Wood. While they are very confident in his potential, regarding him as one of the brightest young attackers in South America when they signed him, there has been limited opportunity to get him involved with the first team.

While he has been a regular in training with Solskjaer’s side, he has made just two matchday squads, where he was an unused substitute in the Champions League games against Paris Saint-Germain and Istanbul Basaksehir.

It was expected he would be in contention for a place in the squad for the FA Cup third-round clash against Watford earlier in January, only for the teenager to have to isolate having contracted Covid-19.

He has started eight times for the U23s where he has grown in confidence and settled into a different style of play, and has managed three goals and one assist.

With Solskjaer predicting new recruit Amad Diallo could be included in a first-team matchday squad in the coming weeks, Pellistri has slipped further down the pecking order and all parties have agreed that the next step for his development would be going out on loan.

Tue Jan 26 , 2021
The Senegal international has explained his experience since the Vicarage Road outfit were relegated to the English second tier Watford forward Ismaila Sarr has revealed his surprise after discovering the Championship to be a difficult league.    The 22-year-old has featured 21 times in the English second-tier this season, scoring […] 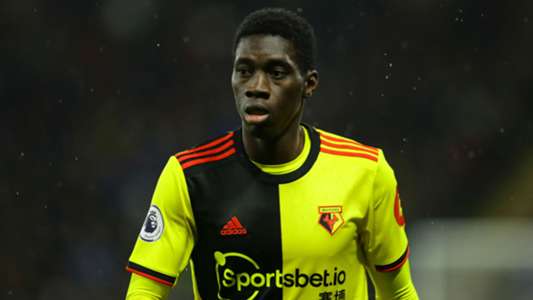