The Red Devils have high hopes for the Uruguayan youngster, but are aware that his ongoing development will require regular game time

Manchester United are planning on sanctioning a loan switch for Facundo Pellistri, the Uruguayan’s agent has claimed.

The Red Devils bought into the 19-year-old’s potential during the summer transfer window of 2020.

A €10 million (£9m/$12m) deal was done with Penarol, with an exciting winger making his way to Old Trafford.

Big things are expected of Pellistri in England, but he remains one for the future at United.

The Red Devils hope to see a path trodden to their first team, but are aware that the ongoing development of a hot prospect is going to require regular game time.

Ole Gunnar Solskjaer is in no position to offer those opportunities at present, with his side involved in a Premier League title challenge, so alternative options are being explored.

Another window is open, meaning that Pellistri is free to head elsewhere, and his representative says a switch to La Liga is being lined up.

Edgardo Laslvia has told Fichajes: “We are working on that (a transfer), surely Spain is the destination.”

Pellistri has seen his early progress with United stunted by a bout of coronavirus, but he has fully recovered from that and returned to training.

He is looking to learn as much as possible from working in Solskjaer’s star-studded squad, with there plenty of role models to be found in Manchester.

The youngster has told the Red Devils’ official website: “It’s been amazing to train with guys like [Marcus] Rashford, [Paul] Pogba, [Juan] Mata and Edi [Cavani], who is very close friends with me.

“It’s amazing for me because I watched them on TV and now I am practising with them. The intensity, the high quality they have, it’s great for me to play with them and I improve a lot.

“All the time I speak with Edi and he is a very nice person. He is always trying to be around me, giving me advice and everything that I need. He is there to help me and that is very important for me. I am very happy with that.

Sat Jan 23 , 2021
A Ugandan national has been arrested in Kisumu after he allegedly tried to fix an FKF Premier League game involving Western Stima and KCB, scheduled to be played at Moi Stadium on Sunday. The suspect was cornered in a Kisumu Hotel by the police who were accompanied by the Powermen’s […] 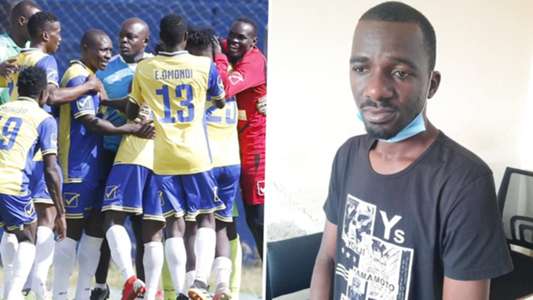