Manchester United opted to sign Victor Lindelof over Virgil van Dijk in the summer of 2017, Charlie Austin has claimed, with the Dutch defender always favouring a switch to Liverpool.

The commanding Netherlands international was a much sought-after talent on Southampton’s books when talk of big-money transfers first started to surface.

Premier League giants looking to piece together title-winning squads all shot admiring glances in the direction of St Mary’s.

Van Dijk was aware of the interest and looked to force his way through the exits, only to see doors closed in his face.

He eventually got his move when Liverpool splashed out £75 million ($103m) in the winter window of 2018, with his arrival at Anfield helping to turn the Reds into Champions League and Premier League title winners.

A similar impact could, however, have been made at Old Trafford, with Jose Mourinho considering a raid on Southampton before eventually investing £40m ($55m) in Swedish centre-half Lindelof.

Reflecting on that saga, former Saints striker Austin has told talkSPORT: “I remember in the back end of his Southampton career we were on the bench together at Chelsea away.

“I sat there and was like ‘Virg lad, what’s going on? Surely Manchester United must have been in for you? Massive club in England etc’. He went ‘do you know what Chaz, in the summer it was like between me and Lindelof and they signed Lindelof’.

“I was like, ‘you are joking!’ I couldn’t believe it, I was gobsmacked. There was talk of him going there and then they have taken Lindelof instead.”

Austin added on Van Dijk’s efforts to get out of Southampton: “The manager was there, [Mauricio] Pellegrino at the time, and in the summer he [Van Dijk] was looking to go.

“I remember he [Pellegrino] got everyone around at training, including Virg, and just came out and said ‘look lads, Virgil wants to go, we’re not allowing it and he’s said he’s not going to play, so he’s not going to train with us’. That was in front of everybody. There was no heads up from the manager. It was stamping his authority.

“He didn’t move in the summer, two days later the transfer window shut and Virg was starting again on the Saturday. He apologised to the lads but we were like ‘we understand, you were linked with Liverpool and you wanted to go’.”

Austin believes that Anfield was always Van Dijk’s preferred destination, saying when asked if a move to United was ever really on the cards: “I’m not sure. I think he had his heart set on going to Liverpool.”

Van Dijk has gone on to take in 130 appearances for Liverpool, helping them to several major honours, but has been a big miss for Jurgen Klopp’s side in 2020-21 after suffering knee ligament damage in a Merseyside derby date with Everton.

Mon Jan 25 , 2021
The Brazilian expressed his gratitude towards the departing head coach after his sacking at the start of the week Thiago Silva has said his final goodbye to Frank Lampard, thanking the axed Chelsea boss for “everything” he’s done for him during his first few months in west London. Chelsea announced […] 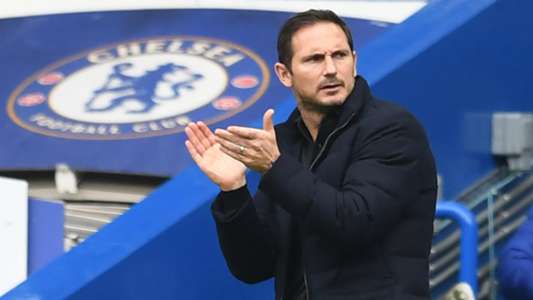