The former Red Devils defender, who enjoyed five title triumphs during his time at Old Trafford, feels Pep Guardiola’s are the team to catch

Manchester United “need to go on another winning run and it has to happen quickly”, says John O’Shea, with the Red Devils warned that arch-rivals Manchester City have become “odds-on favourites” for Premier League title glory.

Ole Gunnar Solskjaer has forced his side back into contention for a top-flight crown this season.

Eight years have passed since United last savoured domestic dominance, with the loftiest of perches proving out of reach since Sir Alex Ferguson headed into retirement back in 2013.

United have reached the summit during the current campaign, but have also slipped from it after winning just one of their last four league games and collecting only five points from a possible 12.

City now lead the way once more, while still boasting a game in hand on the chasing pack, and O’Shea admits that the Red Devils need to rediscover a spark if they are to prevent their neighbours from emerging victorious.

“They are odds-on favourites,” O’Shea, who took in five title triumphs during his playing days at Old Trafford, told Stadium Astro of the Blues hitting top spot.

“It’s been a blow for United’s title hopes but you would have to expect that they will get back on a winning run again.

“That home game against Sheffield United, it can happen. The two months previous, United’s form was excellent and had to come to an end at some point.

“United were below par and they had the big chances against Arsenal, but weren’t able to take them. That’s given City the cushion with a game in hand.

“There are lots of games to come and they can get that momentum, as they have seen since Ole has been in charge – they do go on fantastic runs. Their away form is fantastic.

“They need to go on another winning run and it has to happen quickly. City are clear favourites.”

While admitting that more is required from United in order to get their hands on the most sought-after of prizes, O’Shea is encouraged by the strength in depth that Solskjaer now has at his disposal.

The Irishman added: “Injury-wise, Liverpool have been very unfortunate. Generally you can cope with one or two but they have struggled.

“Manchester United, when you look at the bench you can see quality in every position, and that’s a pleasing sign.

“City are favourites and in pole position because of their squad – and that’s at times not playing a recognised striker. With [Sergio] Aguero to come back in, it’s looking good for them.

“United were lucky last January to find [Bruno] Fernandes and you want that kind of player to come in and make an impact, and they cost a lot of money.”

Most of the Premier League heavyweights, including United, have been quiet during the winter transfer window and little movement is expected before the deadline passes on Monday.

Arsenal midfielder Willock in talks with Newcastle over loan deal

Mon Feb 1 , 2021
The Gunners youngster is edging closer to a move to St James’ Park for the remainder of the season Arsenal are in talks with Newcastle United over a loan deal which would see Joe Willock move to St. James’ Park. The midfielder is one of several players who could leave […] 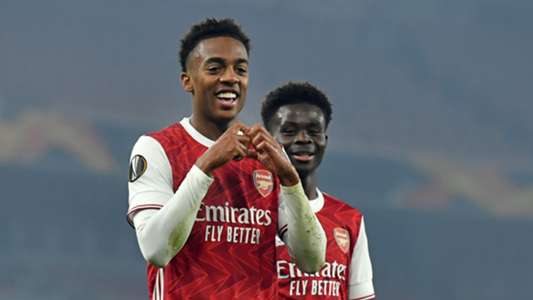