Manchester United have a new plan in place for Mason Greenwood if they finally complete a deal for Jadon Sancho this summer.

Ole Gunnar Solskjaer remains hopeful of completing a deal for the Borussia Dortmund star, despite the two clubs currently having a difference of opinion over the fee.

United have tried to sign the England man twice before, in 2017 and last summer. But they are confident it will be third time lucky.

However, if Sancho does arrive at Old Trafford then there would have to be a change to United’s impressive front three.

Marcus Rashford and Greenwood currently flank central striker Anthony Martial. But Sancho plays on the right wing, where Greenwood has been in sensational form.

And according to a report in the Daily Telegraph, United would make Greenwood the focal point ahead of Martial.

The 18-year-old has been in brilliant form since the restart, but Martial has also enjoyed an impressive campaign.

The Frenchman has notched 22 goals across all competitions for the club this term, but could find himself under huge pressure next season.

Indeed, United legend Gary Neville believes that is a situation which will happen sooner than later.

“I think that comparing him [Greenwood] to the two people in the team at the moment in Martial and Rashford is probably more fair [than a possible incoming deal],” he said.

“I think those two I’ve just mentioned have taken a few years to get to the levels that they’re producing.

“Greenwood is doing it in his first season.

“I think he’s intelligent on the pitch. He can do things the other two can’t do.

“I think he’s a better finisher. And I think he’ll end up taking that No.9 spot in the next probably 12 to 18 months.”

Meanwhile, Bruno Fernandes has come to the defence of Manchester United team-mate Jesse Lingard after the winger scored in a rare appearance at Leicester. Read more…

Tue Jul 28 , 2020
Atletico Madrid On Andrea Berta’s radar Rafa Mir celebrates his goal against Numancia. lvaro Calvo Atletico Madrid are focused on their Champions League campaign which is due to resume in Lisbon in August, however behind the scenes sporting director Andrea Berta is already preparing for 2020/21, with Rafa Mir on the […] 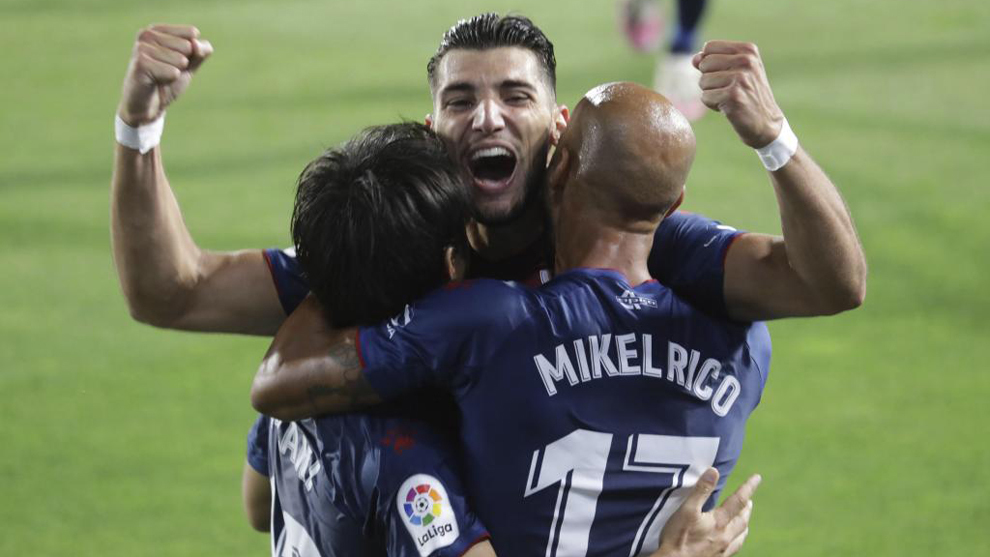