Paul Pogba and Bruno Fernandes played together for the first time – but it was not enough to prevent a 2-1 defeat to West Brom.

The Baggies made the journey north to Carrington to take on United in a double set of friendies. Game one saw United lose 2-1, while the second encounter saw the Red Devils triumph 3-1.

Ole Gunnar Solskjaer put his players through their paces as they build-up for their Premier League return next Friday evening. The Red Devils travel to Tottenham in an exciting return to action.

But Solskjaer will have been left disapppointed as a midfield three of Fernandes, Pogba and Nemanja Matic were beaten 2-1. United started with a weakened defence and second-choice keeper in Sergio Romero. Mason Greenwood, Anthony Martial and Marcus Rashford started in attack. Fernandes scored a penalty for United, but later missed another.

United fans had been excited about the prospect at seeing how Pogba and Fernandes would perform together. And although only a friendly, a 2-1 setback to the Championship side made cause some concern.

The Red Devils were 11 matches unbeaten prior to the break in the season and need to continue that form if they are to secure a Champions League berth.

United hero Darren Fletcher reckons sacrifices will need to be made if Pogba and Fernandes are to be successful together.

“Without doubt, of course. Great players can come together,” he told United’s website.

“Listen: somebody might have to sacrifice a little bit of something – that’s part of being in a team, it’s not an individual sport.

“When you play with a certain midfield, whether it’s a midfield three, you adapt your game to complement each other.

“That’s what I had to do at United.

“I was in the team with lots of different midfielders, lots of combinations and, if a certain midfielder was playing, I would try to take up positions to allow him to benefit and he would do things to allow me to benefit.

“It’s all about being compatible and recognising the strengths of your fellow team-mates and how to get your best performanc. Ultimately you might be sacrificing what you do best to allow someone else to excel, which helps the team win.”

In other United news, it looks like Chelsea have beaten the Red Devils to a £71.1m signing this summer.

Sat Jun 13 , 2020
The government has once again reiterated the importance of keeping safety measures when the league kicks-off on Saturday The Tanzanian government has warned venues that will not adhere to set health guidelines during Mainland Premier League matches will risk being banned from hosting the same. Tanzania are set to become […] 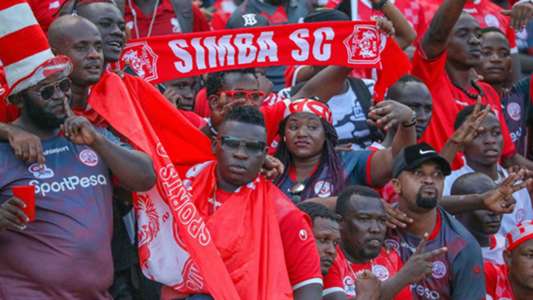