The teenager had been set for a promotion to the first-team squad although injuries have delayed his progress, much to the frustration of the club

Hannibal Mejbri’s promotion to first-team training has been delayed due to the persistent injuries he has been suffering at Under-23 level.

Ole Gunnar Solskjaer recently confirmed that the midfielder,  along with Shola Shoretire and Amad Diallo, would join up with his squad for training as he looks to continue his development.

However, injury issues have halted his progress, with Goal having learned that United are growing frustrated at the lack of protection the teenager is being given, with U-23s boss Neil Wood fearing he will suffer a broken leg if things don’t change.

Editors’ Picks
What has Solskjaer said about Mejbri?

The Red Devils boss confirmed last week that Mejbri would be making the step up to the first team. He told reporters: “We’ve moved Shola [Shoretire] up with us. Hannibal [Mejbri] will join us and we will keep them with us for a while.

“It’s the next step in their development, we’ve got to take the hit that when they play for the reserves they have to travel by themselves. It’s a nice step for them, they’ve done really well.”

Mejbri should have already had a few sessions with the first team, like Shoretire, but his initial promotion was delayed after he left Leigh Sports Village on crutches having suffered an ankle injury in the 6-4 win against Blackburn U-23s on February 5.

That injury problem led to him missing all of last week’s training sessions with the first team, although he was then passed fit to play against Arsenal U-23s on February 12.

However, he was forced off during that game – a 3-0 United win courtesy of goals from Harvey Neville, Joe Hugill and Shoretire – with a shoulder injury and it is understood his arm was still in a sling as the first team were preparing to fly to Turin to face Real Sociedad in the Europa League.

What have Man Utd said about his injuries?

Under-23s manager Neil Wood has been frustrated about what he believes is a lack of protection for the teenager.

He said: “The frustrating point for Hannibal is that there must be about 15 fouls on him per game and at some point if it’s not stopped, or if the referee is not protecting him, he’s going to get his leg broken. That’s what I fear for him.”

Decisions in PL2 games are assessed and monitored in the same way they are further up the leagues although there is an understanding and acceptance that, just as it is a development league for the players, the same is true for the officials.

What next for Mejbri?

Eighteen-year-old Mejbri, who has impressed since signing from Monaco in 2019, will still get his chance with the first team, with Solskjaer having been pleased with his performances at U-23 level.

That said, and even when he does start training with the rest of the first-team squad, he will still be expected to play with the U-23s.

Wood’s side face Everton on February 22, with the Red Devils’ second string currently fourth in the PL2 Division 1 table.

East Bengal's Tony Grant: The second goal was the turning point, we gifted it to them 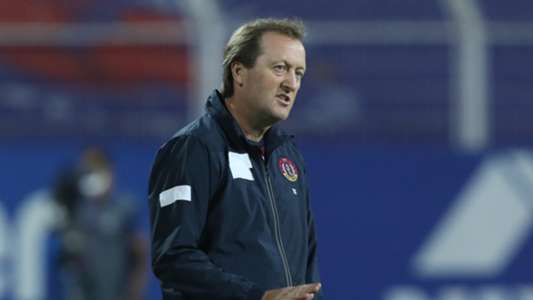