Alternative venues are being explored for Manchester United’s game against Real Sociedad, Goal understands, with Juventus’ home ground an option.

The Europa League clash is set to be played a week on Thursday (February 11) in San Sebastian but the Spanish side are currently exploring alternatives due to travelling restrictions because of Covid-19.

It is understood a decision on where the game will be held should be within the next 24 hours.

Editors’ Picks
Why would a change be necessary?

Current travel restrictions in place due to Covid-19 in Spain mean that teams from the United Kingdom are currently not permitted to enter the country. As it stands the Spanish government has not granted elite sports people exemption to allow teams such as Manchester United to travel to the country for the game without the need to quarantine.

Both the Spanish Football Association and Real Sociedad have been seeking an exemption but if that cannot be agreed the game would have to be moved elsewhere.

Which venues are being looked at?

It is understood that Sociedad have been speaking to Juventus about the possibility of using their stadium in Turin. However, if that would also need to be given the green light from the Italian FA and the Italian government to allow both United and Sociedad to travel into the country without a need to quarantine upon arrival.

Any venues that are being looked at are stadiums which are already used to hosting European games.

Whose responsibility is it to sort out the problem?

UEFA rules stipulate that it is down to the home side to ensure the game can be played at their venue. If this isn’t possible then it is down to them to find a suitable alternative. So in this circumstance it is down to Sociedad to find another stadium if the match cannot be hosted in their stadium.

What about the return leg?

UK government policy means elite athletes and sports teams are exempt from the quarantine rules imposed on travellers arriving from abroad. So Sociedad will not have to isolate when they travel to Old Trafford for the return leg on Thursday, February 25. In the same way the United squad will not have to quarantine when they return home from the first leg, wherever that ends up being played.

Mon Feb 8 , 2021
The Buccaneers were defeated in their last PSL match and will be keen to bounce back against a side they dropped points against earlier this season Orlando Pirates will be looking to start a steady run in their Premier Soccer League campaign when they host Cape Town City at Orlando […] 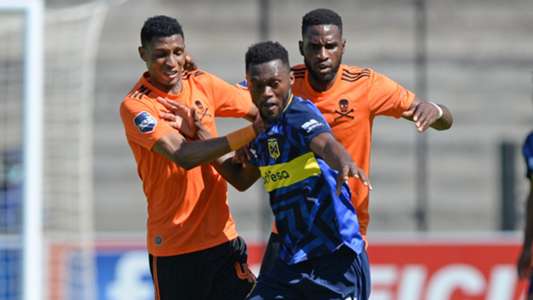