Ole Gunnar Solskjaer’s class of 2020-21 have stretched an unbeaten run on the road to 18 games, allowing them to add an entry to the history books

Manchester United’s class of 2020-21 have set a new club record, passing their 1999 Treble winners on the way, with Ole Gunnar Solskjaer’s side going 18 Premier League away games without defeat.

That run was extended on Saturday in a goalless draw at Arsenal.

There was no cause for celebration at Emirates Stadium, with a hard-fought contest seeing two old adversaries cancel each other out.

Both teams had chances, with Edinson Cavani coming agonisingly close to snatching the spoils late on in north London.

The points were shared, though, and United must take positives from reacting strongly to a shock home defeat against Sheffield United.

Solskjaer’s side have been faring better on their travels this season, and for the last 11 months.

A sequence stretching back to February 2020 and a 2-0 win over Chelsea has seen the Red Devils re-write the history books.

They matched the most iconic of Sir Alex Ferguson’s sides by edging out Fulham on their last visit to London, to go 17 without defeat, but have now raised that bar to new heights.

18 – Manchester United are now unbeaten in 18 Premier League away games (W13 D5), the longest run without defeat on the road in their top-flight history. Cloud. pic.twitter.com/u0T5MiRCJp

United have collected 44 points from their 18-match unbeaten run on their travels, with 13 wins and five draws picked up along the way.

They have been making a habit of falling behind on the road this season, with a useful knack of staging stirring fightbacks picked up by Solskjaer’s men.

Across their run without coming unstuck, seven victories have been secured from losing positions.

That battling spirit has helped to push them back into Premier League title contention this season.

They could, however, have done with finding a way to get past Arsenal in their most recent outing, with five points slipping their net in a testing week.

The Red Devils remain behind arch-rivals Manchester City as a result and could slip to third if Leicester are able to overcome Leeds on Sunday.

Positive steps are being taken in the right direction, though, by a side that has gone eight years without a top-flight crown and avoiding any travel sickness will continue to aid that cause.

United’s next three fixtures will all be staged at Old Trafford – against Southampton, Everton and West Ham in Premier League and FA Cup competition – with a trip to West Brom being taken in on February 14.

Sat Jan 30 , 2021
The accomplished tactician stated that he cannot blame his players following their narrow defeat in the Soweto Derby Kaizer Chiefs head coach Gavin Hunt insisted that they should have won against Orlando Pirates on Saturday afternoon. Amakhosi suffered a 2-1 defeat to the Buccaneers in a PSL encounter which took place […] 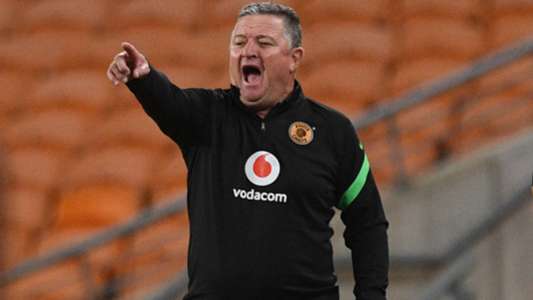