Manchester United will have to be patient with Amad Diallo as he gets used to playing in England, the club’s Under-23 manager Neil Wood has warned.

The teenager completed his move from Atalanta to Old Trafford in the January transfer window and has impressed on his two appearances for the U23s, scoring three goals and assisting three more.

United included the winger in the first-team squad for the FA Cup clash against West Ham but Wood has urged patience as the Red Devils looks to nurture his development.

“You see he has ability and he’s linking up well,” Wood said. “He doesn’t really have a relationship with any of these boys here but he came to Liverpool on Saturday and did well and the same against Blackburn.

“He’s training with the first team and doing well and he’s still new to England and the style of football so it’s going to take time. Like all young players you have to be patient with them. He’s gaining more confidence as the days go on.”

When will Amad play for Man Utd’s first team?

Despite being part of the first-team squad last time out, It’s highly possible that Amad will be with Wood’s U23 side again as he looks to get more playing time.

They host Arsenal at Leigh Sports Village on Friday night and although he hasn’t trained with that particular group of players, he is still able to be involved as per Covid bubble guidelines.

If he doesn’t play for the U23s on Friday night, however, it’s possible that he could be with the first team again as they travel to West Brom in the Premier League on Sunday.

Indeed, Ole Gunnar Solskjaer has been full of praise for Amad following his arrival in the New Year and, speaking to MUTV after the 1-0 extra-time win over West Ham, he said: “Amad has been bright when he’s come in.

“He’s done really well with the reserves games and he’s a player who can create things out of nothing so he’s there if we need something.”

Solskjaer had previously suggested that Amad needs to get used to the “hustle and bustle” of the Premier League but the indication seemed to be that he was very much part of the first-team picture at the club.

Thu Feb 11 , 2021
The Nigerian forward played a super-sub role as the Foxes silenced the Seagulls in Wednesday’s FA Cup encounter Kelechi Iheanacho is bubbling with joy having inspired Leicester City to a 1-0 win over Brighton and Hove Albion in Wednesday’s FA Cup fifth round clash. With the encounter heading for extra-time […] 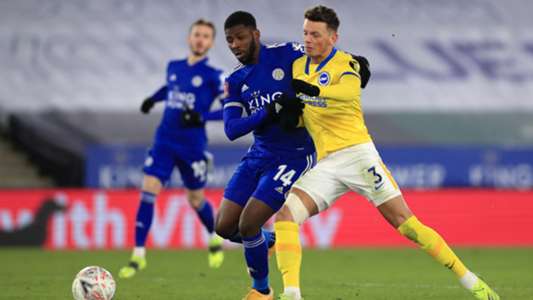