The right winger, who the club bought in the summer transfer window, has been given the green light for a loan move to aid his development

Manchester United are in talks with Deportivo Alaves about the possibility of Facundo Pellistri going on loan for the rest of the season, Goal understands.

The Uruguayan has held talks with both Alaves and Club Brugge after United gave him the green light to leave the club for the second half of the season to gain important experience.

While Pellistri was tempted by the opportunity presented by the Belgian side, after daily calls where they detailed how important he could be to their title challenge and Europa League pursuit, the teenager always favoured a move to Spain.

Sources say Pellistri has always dreamed of playing in La Liga and, after the Mendizorroza outfit presented their plans for his development and his importance to the team, he instructed the club of his wishes.

United, it is understood, have begun talks with the Spanish club after weighing up the best pathway for the teenager, who they signed in the summer transfer window for  €10 million (£9m/$12m) from Penarol. The club are keen for the right winger to go somewhere he can develop in the second half of the season.

Solskjaer has been impressed with Pellistri since he arrived in October and his performances and ability have pleased U23s manager Neil Wood. While they are very confident in his potential, regarding him as one of the brightest young attackers in South America when they signed him, there has been limited opportunity to get him involved with the first team and the United boss is keen for him to get as much experience as possible.

“There have been talks and quite a few clubs interested in Facundo to go out on loan and that’s maybe something we’ll let him do now he’s had a few games in the reserves and we want him to have regular football at a high level,” Solskjaer said a press conference on Tuesday afternoon.

While he has been a regular in training with Solskjaer’s side he has made just two match day squads where he was an unused substitute in the Champions League games against Paris Saint-Germain and Istanbul Basaksehir.

It was expected he was in contention for a place in the squad for the FA Cup third round clash against Watford, only for the teenager to have to isolate having contracted Covid-19.

He has started eight times for the U23s where he has grown in confidence and settled into a different style of play and has managed three goals and one assist.

With Solskjaer predicting new recruit Amad Diallo could be included in a first team match day squad in the coming weeks. Pellistri has further slipped down the pecking order and all parties have agreed that the next step for his development would be going out on loan. 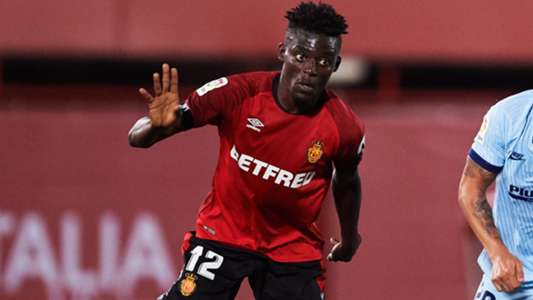