Manchester City defender Angelino is set to complete a permanent move to RB Leipzig in the summer after triggering an €18 million (£16m/$21m) obligation to buy, Goal can confirm.

The Spaniard joined the Bundesliga club on a season-long loan in September with an appearance-based obligation-to-purchase clause.

Angelino had to appear in 12 matches through the season, with five of those in the second half of the campaign, and he passed that figure on Friday night when he started the Bundesliga clash against Augsburg.

Editors’ Picks
Why is he leaving City?

Angelino first joined City as a 16-year-old from Deportivo La Coruna and impressed as he worked his way through the academy ranks.

But the left-back joined PSV on a permanent move in 2018 after loan spells with New York City FC, Girona and Mallorca.

City exercised a buyback clause after he starred for the Dutch side but he made just six appearances under Pep Guardiola before joining Leipzig on loan last January and again at the start of this season.

“I have that thorn of why I did not play more or I did not quite fit in [at City]. But that helped me get here, meet the coach, the group, and reach the semis in the Champions League,” Angelino said in November.

“If I’m honest, I’m here for [head coach Julian] Nagelsmann. I signed again for him. I was very happy with him, the way he played, everything, everything he transmits, the tactics, fits me perfectly. He’s the reason I’m here. Obviously, the relationship with colleagues is also very good.

“Something came out of interest [from Barcelona], but Leipzig pulled a lot for me to come back and in my head, I wanted to be calm and continue enjoying football like I was doing in recent months and stay there.”

Angelino’s move to Leipzig was always going to go through because of the way the 24-year-old has become such a key part of Nagelsman’s plans.

The 24-year-old has started all but one of Leipzig’s 21 Bundesliga matches as well as all of their Champions League group-stage games.

Coming through the ranks as a left-back, Angelino has thrived higher up the pitch as a wing-back under the German coach and has even been used as a midfielder.

Fri Feb 12 , 2021
You might have noticed some teams celebrating goals by keeping a small physical distance from their team-mates – and here’s why The Premier League and other top-flight divisions are still continuing in full force despite the raging nature of the Covid-19 pandemic. The English top-flight was suspended for three months […] 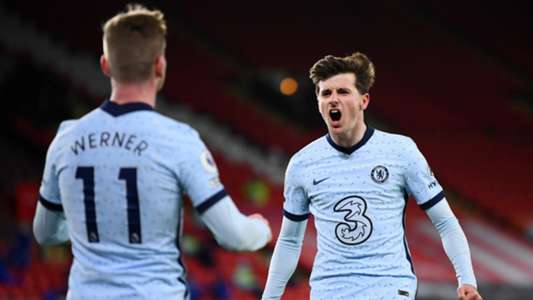