The Blues’ director of football believes that, despite the quick turnaround between seasons, there is enough time to do shrewd business

Manchester City are expecting comings and goings in what promises to be a “strange” transfer window, with Txiki Begiristain confident that the Blues can “improve the squad”.

With an elongated Premier League season having come to a close, another recruitment market has opened for business.

There are just seven weeks until the 2020-21 campaign is due to kick off, with City still hoping to challenge for Champions League glory before the curtain is pulled down on the current campaign.

Focus at the Etihad Stadium is very much locked on the pursuit of a much-coveted continental crown.

Attention will, however, be given to the tweaks required in order to keep the club competitive on multiple fronts.

Director of football Begiristain has a leading role to play there, with plans already being drawn up when it comes to freshening up the ranks.

Arrivals are expected, with Pep Guardiola still in need of another commanding centre-half, while sales could also be sanctioned as City prepare to part with those deemed surplus to requirements.

Begiristain has told the club’s official website: “We are working a lot, we have to be ready.

“It will be a strange window because people have to move fast, we have to bring in players who can improve our squad but also it means that maybe someone can leave.

“We might have less time than ever but we’ll have time to make the changes we need to improve the squad.”

One of those that City will definitely be parting with is long-serving midfielder David Silva as, after a decade of loyal service in Manchester, the World Cup winner is preparing to depart at the end of his contract.

Silva has been showered with plaudits as he readies himself for a new challenge, and Begiristain hopes City can deliver the perfect send-off by capturing a first Champions League trophy.

He added: “He deserves it for his career.

“He has been winning leagues, cups, World Cups, Euros. We want to try to help him win the Champions League.

“It will be the best way to say goodbye. And also the best way for him to say thank you to the City supporters and the club.”

Tue Jul 28 , 2020
Express FC goalkeeper Mathias Muwanga is hoping to become the first choice stopper in his team once the new season starts. The custodian was not involved in the first round of the abandoned 2019/20 Ugandan Premier League season owing to a back injury but made several appearances in the second […] 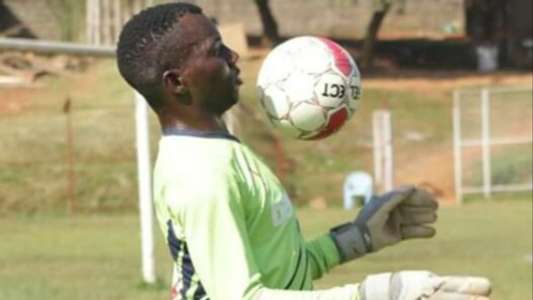