Manchester City have agreed to sell Eric Garcia to Barcelona for €3 million and the player will play for free for six months, according to presidential candidate Victor Font.

Garcia has been heavily linked with a move to Camp Nou over the past year, and Goal reported that he had agreed personal terms with Barca earlier this month.

The 20-year-old began his career in the famed La Masia academy in Catalunya before joining City in 2017, but his current contract at Etihad Stadium is due to expire in the summer.

City head coach Pep Guardiola has admitted that he doesn’t expect Garcia to extend his stay in Manchester, with the defender having only featured in eight games for the club across all competitions this season.

“I’m pretty sure he’s going to leave at the end of the season,” he told reporters at the weekend. “And [whether he leaves] now in this transfer window will depend on the clubs.

“We’ll see until the end of the transfer window.”

Font, who is running for election at Camp Nou alongside Joan Laporta and Toni Freixa, says City are now ready to sanction Garcia’s departure before the January transfer window closes.

The 48-year-old claims that the Spanish centre-back is willing to forgo his wages until the end of the season in order to seal a return to Barca, who are currently in the middle of a financial crisis caused by the coronavirus pandemic.

“We’re asking the acting board to sign Eric Garcia,” Font told the media ahead of Barca’s next set of presidential elections on March 7. “Koeman’s asked for him, our sporting structure [if we’re elected] support it and the player wants to come because there’s a European Championship this summer.

“He [would be] fundamental in the fight for three trophies this season. We know City would accept €3m plus add-ons and we wouldn’t have to pay until next season – that’s a lot less than Barca offered four months ago.

“The player’s also ready to make a big effort and not be paid a salary until the end of the season.”

Wed Jan 27 , 2021
The Brazilians have not been fielding their best squad in almost every match and that has been partly attributed to medical reasons Mamelodi Sundowns co-coach Manqoba Mngqithi has revealed some details of how the coronavirus pandemic has made their lives as coaches “very difficult” by restricting their team selection. Without […] 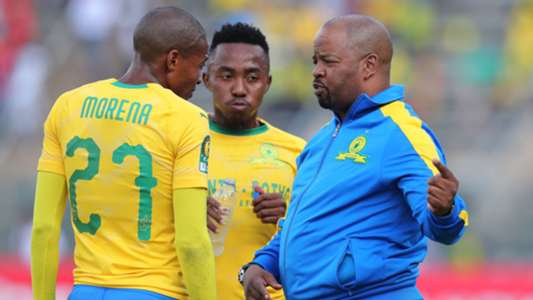