The defender scored for the Citizens for the first time in more than three years, tallying the winner against the club’s fierce cross-town rivals

Manchester City defender John Stones has said he thrives in big games after his goal at Manchester United helped send his side to the Carabao Cup final.

City defeated their cross-town rivals 2-0 at Old Trafford in Wednesday’s semi-final, with Stones opening the scoring in the 50th minute. It was the defender’s first City goal since he scored against Napoli in November 2017, breaking a drought of 1,162 days.

Fernandinho would add an insurance goal seven minutes from time with an excellent finish, as City booked their place at Wembley against Tottenham in April.

Stones, who has enjoyed a remarkable resurgence this season, said he is thriving after putting in plenty of hard work off the pitch.

“I’m just working hard, just trying to play as many games as possible,” he told Sky Sports. “I want to give everything to the team and stay true to myself – see what I can do, what I can improve on.”

On his goal, he added: “I was just trying to follow the ball. They held a high line, just to get something on it was great.

“Playing these big games is something I thrive off and I just want to play well.”

City turned in another strong performance as they continued their recent good form, with Wednesday their fifth consecutive win in all competitions.

Stones said the mentality instilled by manager Pep Guardiola is a big reason for their resurgence after a patchy start to the season.

“[Pep Guardiola] just said, ‘Same again, same mentality, same everything,'” Stones said. “We dealt with the problems well and just tried to be more clinical in the final third.

Stones also highlighted the death of City legend Colin Bell this week, with the club’s former midfielder passing away at age 74.

“I’d like to send our condolences for Colin Bell and his family,” Stones added.

“I think how we played today was a reflection of him. A great moment for us and hopefully he is looking down on us. It was a great occasion, another win against another top team.”

Guardiola: Carabao Cup not the Champions League but four finals in a row is impressive!

Wed Jan 6 , 2021
Man City will look to win the competition for a fourth consecutive season when they face Tottenham in April Manchester City head coach Pep Guardiola has admitted the Carabao Cup isn’t quite the Champions League, but said reaching four finals a row in the domestic competition is a significant achievement […] 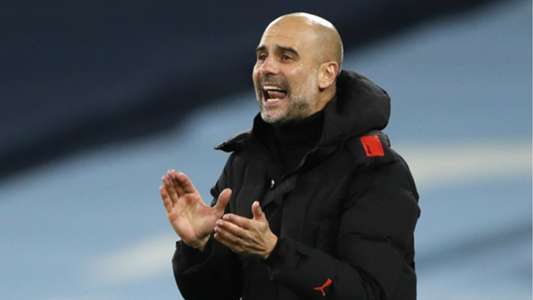