Eric Garcia has been released from hospital after a horrible collision with team-mate Ederson in Manchester City’s 3-0 victory over Arsenal on Wednesday.

The 19-year-old was crashed into by the Brazilian goalkeeper late in the match and received several minutes of treatment on the pitch before he was carried off on a stretcher and in a neck brace while receiving oxygen.

Ederson tweeted a reassuring picture of the pair together on Thursday after City boss Pep Guardiola had admitted he was concerned about Garcia in a virtual press conference after the game.

“He is conscious, but he is going to be tested tonight because a kick in the head is always so dangerous,” he said.

Ederson collided with the Spanish defender when he was completing a clearance in the 80th minute, with City finishing the game with 10 men having already used all five substitutes.

Garcia was making just his third Premier League start for the club and was surprisingly picked ahead of Fernandinho and Nicolas Otamendi, who were on the bench, while John Stones was left out of the squad altogether.

But Guardiola was impressed by his performance as he and centre-back partner Aymeric Laporte restricted the Gunners to few chances.

“Eric came back incredibly well,” the City boss added. “He is so intelligent to guide the line. It was not easy to play against [Pierre-Emerick] Aubameyang. He is training really well and we tried to work with [coaches] Juanma [Lillo] and Rodolfo [Borrell] in this period.

“He understands perfectly well. This season, especially in the winter time, he always played good. He doesn’t make mistakes. He is always focused.

“In this game, we knew we were playing dynamic players. He understands the position and the movement. Against Burnley, for example, they play more long balls and we might need another kind of player.

“For this game, we thought he was the right guy to play alongside Laporte and they played really good.”

City are back in action against Burnley on Monday night and Guardiola has hinted at rotating his line-up with the fear of muscle strains following the quick return after the Premier League was shut down by the Covid-19 pandemic.

How soon could Liverpool win the Premier League this season?

Thu Jun 18 , 2020
The Covid-19 outbreak delayed Liverpool’s Premier League celebrations, but with games restarting in June, when can they lift the title? After making the best-ever start to a season by a club in Europe’s top five leagues in 2019-20, Liverpool were on a relentless march towards the Premier League title. But Jurgen Klopp’s side […] 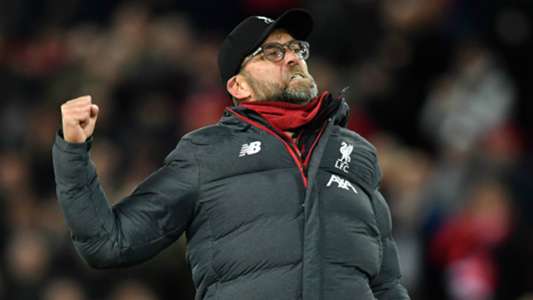