David Luiz put further doubts on his chances of staying at Arsenal as he was sent off in their first game since the resumption of the Premier League.

Since Arsenal last played three months ago, reports have emerged suggesting that Luiz could be released this summer. And he did not send out the best statement upon his return, as he was at fault for the first two goals the Gunners conceded in a 3-0 defeat to Manchester City.

Luiz was caught out in the buildup to the opening goal just before half-time. After the Brazilian was beaten by Kevin De Bruyne’s pass, Raheem Sterling fired home the first official goal since the return of the Premier League.

The earlier game between Aston Villa and Sheffield United had ended goalless, but the Blades felt aggrieved as a shocking goal-line technology error failed to award them a goal in the first half.

Thus, Sterling’s goal was the first in the league since March – and on a personal level, it was the winger’s first goal of 2020. 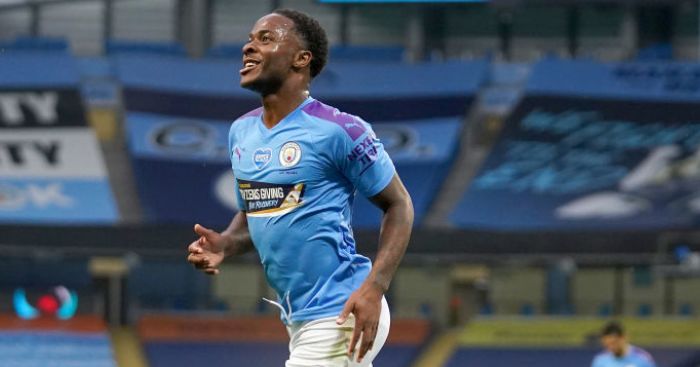 Things went from bad to worse for Luiz in the second half. The centre-back was sent off after bringing down Riyad Mahrez to give away a penalty.

Luiz had not even started the match, an early source of frustration. He had been brought on in the first half as a substitute for Pablo Mari – one of two Arsenal players to suffer an injury in the opening 45 minutes, after Granit Xhaka had been replaced by Dani Ceballos.

De Bruyne stepped up to take the penalty the now dismissed Luiz had given away. And it was a cool finish from the Belgian, who beat Bernd Leno to double City’s advantage.

There was a worrying moment for City after that, as Ederson inadvertently took out his teammate Eric Garcia when coming out of his goal. That prompted a lengthy stoppage, as medical staff waited until it was safe to move Garcia before taking him off on a stretcher.

Once play resumed, 11 minutes were added on at the end of the game. Inside the first 60 seconds of stoppage time, Phil Foden got on the end of a rebound after a flowing City move to make it 3-0 – confirming the inevitable that Arsenal’s unbeaten 2020 in the Premier League was coming to an end.

While it is an almost impossible task for City to retain their Premier League title, the result means that Liverpool will have to wait a little longer to get their hands on the Premier League trophy.

The Reds could have won the league against their rivals Everton if City had slipped up, but that will no longer be possible. However, Liverpool are still just inches away from clinching the title.

You can see how the game unfolded via our Live Centre here. 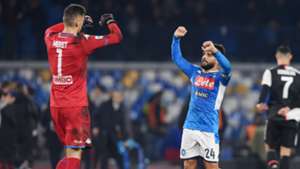