Mamelodi Sundowns are clinging onto the summit of the Premier Soccer League standings but are facing some serious threat when they host second-placed Swallows FC in Saturday’s match at Lucas Moripe Stadium.

It is a day which could see Swallows assume the lead if they beat the current table-toppers as both teams have 26 points although Sundowns enjoy a superior goal difference.

After being held to a 0-0 draw by then second-placed SuperSport United last weekend in another top-of-the-table affair, the Brazilians are on a tough mission again.

That they were held to a goalless draw by Bloemfontein Celtic at home in the following match last Tuesday, places them in a desperate corner to recover from losing four points in two straight games.

Sundowns assistant coach Rhulani Mokwena has confirmed that they will again be without defender Ricardo Nascimento but did not specify why the Brazilians player is out.

It will be the third straight league match for Nascimento to be out.

Mokwena also said for “medical reasons” they will be missing the services of defenders Lyle Lakay and Bangaly Soumahoro as well as midfielder Khuliso Mudau.

Another defender Brian Onyango will be absent due to a thigh injury.

There are no confirmed absentees from the Swallows camp.

The Dube Birds go into the big match in which coach Brandon Truter would need his key players available for selection.

For the first time since February 2015, the two Gauteng sides are clashing in an official match.

That last meeting at Lucas Moripe Stadium saw Downs convincingly coming out 4-1 victors in a season Swallows went on to be relegated from the PSL.

During that campaign, Sundowns also won the reverse fixture 2-0 at Dobsonville Stadium in August 2014.

But much has happened to both teams since then in what makes Saturday’s encounter a totally different ball game.

Interestingly, the Brazilians and the Dube Birds are yet to taste defeat in the current campaign.

While Sundowns have lost a bit of ground in the last five games in which they have only claimed three points in two of their last five games, they, however, remain the title favourites.

After Sundowns drew with Bloemfontein Celtic on Tuesday, Swallows also blew up an opportunity to go top when they were held 1-1 by struggling Chippa United the following day.

This makes Saturday’s confrontation a battle between two teams keen to get back up on their feet following the midweek dropping of points.

But it is an unpredictable match since both teams have surprisingly been throwing away points in certain fixtures they were tipped to win.

Swallows, however, have a better record than Sundowns in their last five matches, having won thrice.

Sat Jan 23 , 2021
In this week’s betting preview we preview the FA Cup, Serie A and La Liga Source of the article 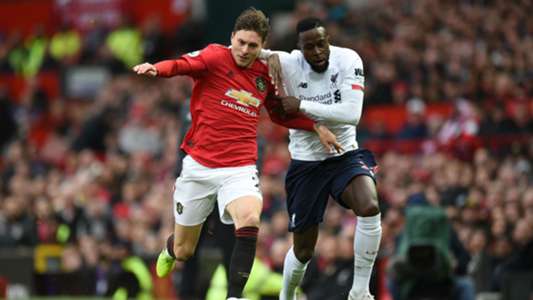