Mamelodi Sundowns will be out to preserve their lead on the Premier Soccer League (PSL) standings, while Orlando Pirates will be keen to close the gap and not lose track of the leaders when they clash on Saturday.

The two giants collide at Loftus Versfeld in the first league match of the new year.

Both sides had to cut short their festive season break to prepare for this match in an unfamiliar programme for PSL teams who are used to resting during this period.

Six points separate the two giants but Pirates have played a game fewer than Downs and victory would be crucial for the fifth-placed Buccaneers to reduce the gap between them and the leaders to two points.

However, even if Sundowns lose, they are still guaranteed top spot until Tuesday when second-placed Swallows FC host Cape Town City.

The attacking midfielder has missed Sundowns’ last two games but the exact reason for his absence has not been explained, although Mokwena said they have been hit by “injuries and many other medical conditions.”

Whatever has sidelined Zwane, who has scored seven league goals in as many matches, the Brazilians will be desperate for his return for a game of such magnitude.

While Kekana has not been involved much this season, the Brazilians would be keen for Erasmus to be available.

The ex-Orlando Pirates star has formed a fierce partnership with Zwane and Peter Shalulile this season, and his presence on Saturday could prove to be a handful for his former club.

The availability of Orlando Pirates forward Zakhele Lepasa is still uncertain after he was injured in their last league game against Chippa United on December 16, 2020 in which he lasted just five minutes

Despite having managed just a goal in seven PSL games so far this season, Lepasa has been an influential force in terms of shaking up defences and opening up play for the likes of Tshegofatso Mabasa, Fortune Makaringe, Vincent Pule and Deon Hotto.

But his absence would see last season’s PSL joint top-scorer Frank Mhango starting as coach Josef Zinnbauer mentioned last week that it is now time to hand the Malawian regular playing minutes after recovering from injury.

After Congolese forward Jean-Marc Makusu made his Pirates debut against Sagrada Esperanca, and he could also be in line for his maiden PSL appearance.

Sundowns and Pirates are two of the four teams that are yet to taste defeat so far in this campaign, with the others being Swallows and sixth-placed Golden Arrows.

The fact that the two giants will be keen to maintain their unbeaten record makes Saturday’s fixture a potentially stormy affair.

Downs have gone for 10 league straight matches without losing after registering seven wins and three draws, with their last defeat being at the hands of Baroka FC during the PSL bio-bubble on August 30, 2020.

On the other hand, the Soweto giants are also unbeaten in 10 consecutive PSL games following six victories and four draws, and they last lost a match on August 23, 2020 when they succumbed 1-0 to Cape Town City.

But this season, Pirates’ campaign has been somewhat undone by draws that have seen them trail Downs by six points.

Downs go into this match after sharing points in their last league match, a 1-1 draw away at Golden Arrows, while Pirates edged Chippa 1-0.

The last meeting between the giants ended in a 0-0 draw on August 11, 2020 while the reverse fixture saw Pirates winning 1-0, 12 months ago, courtesy of Mhango’s first-half strike.

In the past five league matches pitting the two sides against eachother, the Buccaneers have won twice, with the remaining three encounters ending in draws.

Caf Confederation Cup: KCCA FC to host AS Kigali away from home

Sat Jan 2 , 2021
The Kasasiro Boys will not enjoy home ground advantage as they have been forced to shift their match to a different venue Kampala City Council Authority (KCCA FC) have suffered yet another blow as they will not be able to use their home ground, Lugogo Stadium, for their Caf Confederation […] 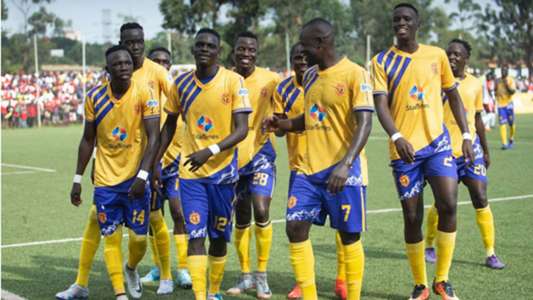