Mamelodi Sundowns and Stellenbosch FC will line up in front of the Premier Soccer League’s Disciplinary Committee on Monday after having been charged with interrupting a match when they paid tribute to the late Bafana Bafana defender Anele Ngcongca last year.

Ngcongca was tragically killed in a motor vehicle accident in KwaZulu-Natal on November 23, 2020, at the age of 33.

Five days later, when the Brazilians hosted Stellenbosch FC in a league match at the Loftus Versfeld Stadium, both sets of players stopped the game in the 16th minute to clap their hands in honour of the Cape Town-born Ngcongca, whose jersey number had been 16.

The hearing this Monday was confirmed by senior Sundowns representative Yogesh Singh, who told TimesLIVE on Sunday: “We have been charged and the matter is sitting tomorrow [Monday].”

The clubs have been charged with not stopping their players from delaying or disrupting a game.

Further charges are related to the arrangement of activities during a PSL match without getting prior approval, as well as for bringing into disrepute the sponsors‚ the PSL‚ Safa‚ Caf and Fifa.

The match against Stellies, which was won 3-0 by Sundowns, was refereed by Jelly Chavani. It is not clear at this stage if he will face any punishment for his part in allowing the pause to the game.

Just weeks after Ngcongca’s death, another Sundowns defender, Motjeka Madisha, also passed way in the same manner, in a car accident in Kempton Park on December 12.

Its also been reported that Masandawana could face another sanction – after they paused their match against Chippa United in the second minute to pay tribute to Madisha, who wore the number two on his back for the Brazilians.

In that case, though, the ball had gone out of play when the players and officials made their applause in Madisha’s honour.

The PSL officially sanctioned a moment of silence for Madisha for all games in the week of the second of February this year.

Sun Feb 14 , 2021
The centre-half has shone in Ligue 1 this season, but his representative says his future has not been decided The agent of Lille centre-back Sven Botman has denied that the club have reached an agreement to sell him. Reports emanating from Canal+ in France had suggested that a big European […] 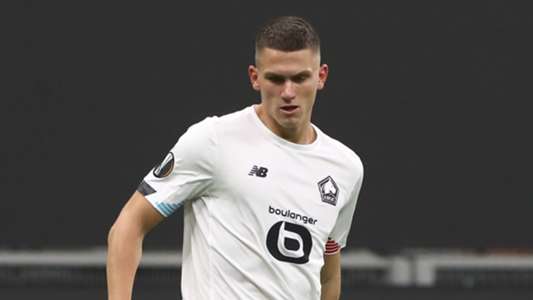