For the past five matches, log leaders Sundowns have been missing a number of players due to injuries and other medical conditions.

Headlining the absentees has been star attacking midfielder Themba Zwane, who has missed their last four games under unclear circumstances.

Gaston Sirino and Gift Motupa, who are yet to feature in league matches this season, could also feature against Baroka.

“The preparations for the Baroka match on Saturday have been good. I think we are in a good space,” Mokwena told Sundowns’ media.

“Of course, this is our third match in eight days, we have to be more focused on the physical aspects of our preparation to make sure that we still get enough freshness and energy to be able to play with the intensity that we want to play in our matches.

“We’ve tried to work on that in terms of our recovery processes and regeneration processes and we are in a good space. We almost getting a clean bill of health which is also very good, we are moving into space where we are welcoming a lot of players back to training.

“But of course that is also another process where we have to be patient and not rush individual players into competitive game forms. We have to integrate them, particularly those who’ve come from muscular and soft tissue injuries and those are the ones that we have to be very careful about in their integration and slowly progress them into competitive football.”

Despite missing some key players, Sundowns have remained a competitive outfit with players like Peter Shalulile, Brian Onyango, Mothobi Mvala and Khuliso Mudau stepping in to help the team maintain their grip at the top of the PSL standings.

The Brazilians arrive in Limpopo on a high after edging league title rivals Orlando Pirates at the turn of the New Year, before dismissing Botswana champions Jwaneng Galaxy 3-1 in a Caf Champions League match on Tuesday.

“We are happy we are coming from a very good result and emotionally we are also improving as a team,” said Mokwena.

“We are getting into the right state of mind and now it is all hands on deck and we look forward to travelling to Polokwane to play against a very good Baroka side.”

Downs meets a Baroka side that has fizzled out after starting the season on a high, but has won just once in their last five games.

Thu Jan 7 , 2021
The Ivorian teenager has teamed up with the Old Trafford giants after six seasons at the Gewiss Stadium Amad Diallo has taken to social media to bid farewell to Serie A outfit Atalanta after completing his move to Manchester United. After obtaining the rookie’s Governing Body Exemption, the Red Devils […] 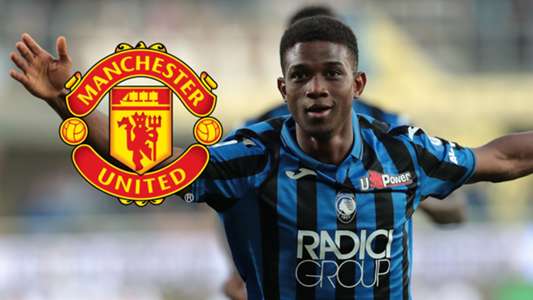