Mamelodi Sundowns defender Anele Ngcongca says he is still open to a move back to Europe, saying he is in contact with some people in Belgium.

The Masandawana right-back, however, says he wouldn’t like to see his children growing up in an unfamiliar environment because he is a family man now.

Ngcongca played for Belgian side RKC Genk for almost a decade and he explains that seeing his name in the list for the Belgian Pro League’s team of the decade humbles him.

“To be honest, I can’t close that door. I’ve been in touch with people in Belgium, even those teams that are in the second division. They have been asking about my situation,” Ngcongca told IO L .

“I also saw an article in a Belgian website linking me with a move back to the country. If there’s something concrete, why not. As long as we will agree on terms.

“At my age, it is no longer only about me but also about my family. I have to start to plan for life after football. I’m currently working on a few projects. We play until a certain age and then what do you do next? The lockdown has offered me an opportunity to reflect.”

Although he recently extended his stay with the reigning Premier Soccer League (PSL) champions, Ngcongca says being loyal is something that defines his personality.

“I’ve only played for two teams in top-flight football because, in France, I was on loan. But they also wanted to give me another year. I like to be loyal. I prefer to settle in one place. If I look at my position, I believe two years [in Europe] will be fine, I’m not getting any younger,” he added.

“I’m a family man and there are kids involved. You don’t want to start another life in an unfamiliar environment.

“It’s been the second time now that I’ve been in the Team of the Decade. It is very humbling. A boy coming from Gugulethu being recognized abroad, it is something huge.”

The experienced player has made 28 appearances across all competitions for Sundowns this season which has been suspended due to the coronavirus pandemic since last March.

Ngcongca, who was part of the Bafana Bafana squad at the 2010 Fifa World Cup finals, joined Masandawana from Genk in 2016 following a loan spell with the French side Troyes AC.

When does the summer transfer window open in 2020 for Premier League & European clubs?

Thu Jun 18 , 2020
Things are somewhat up in the air when it comes to when the business of transfers can begin The coronavirus pandemic of 2020 changed life as we know it and football has not been immune, with the beautiful game being ground to a halt across the world. The game’s administrators, from FIFA to continental […] 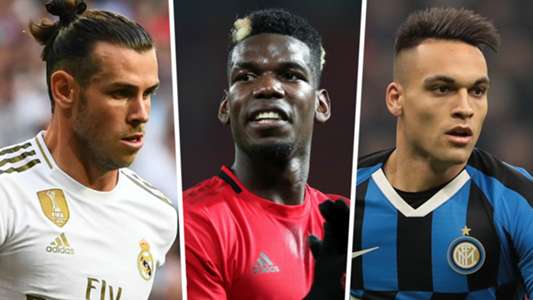