Mamelodi Sundowns co-coach Manqoba Mngqithi says it is not yet time to start pressing the panic button while also admitting that shuffling their squad due to the unavailability of some key players in recent matches has had a “negative impact” on their performance.

Saturday’s 1-1 draw against second-placed Swallows FC at home saw Downs registering a third successive draw in a difficult run that has seen them scoring just one goal in three games.

Luckily for Sundowns, they have still maintained top spot thanks to their nearest rivals also dropping points.

“I wouldn’t say it is that stage where we have to panic and start feeling that we have dropped big points. We were not playing against pushovers here,” Mngqithi told the media as per Front Runner.

“Now when we get a draw, yes as Sundowns we want to win all the matches that we play. But I don’t think that people need to panic. For me this is a stage not to panic, I think we are on the right track.”

Some injuries and illness have forced Mngqithi and his technical team colleagues to tinker with their squad.

On Saturday, they missed defenders Ricardo Nascimento, Lyle Lakay, Brian Onyango and Bangaly Soumahoro as well as striker Peter Shalulile and Khuliso Mudau due to injuries or “medical reasons.”

With a depleted defence, midfielder Mothobi Mvala was forced to play as a centre-back, partnering Mosa Lebusa.

“I think we are at that stage where we had to play around with a lot of changes in the line-up in all these three matches and that had a very negative impact on how we have played and pushed the opponents,” continued Mngqithi.

“To be honest I believe the guys who were not playing regularly are coming into play now have really given a good account of themselves. If you check all the teams that we have played against, they are teams that have their full squads. Not even one of their key players was out.

“Today we played with Mothobi who has never played as a centre-back probably in the last three seasons if not four. But he gave a very good account of himself.

“Maybe one day we will appreciate the points that we got when the team was not complete as one would have loved because we did not have most of the players that normally play and in all these matches we have managed not to lose which for me is still a positive.”

Controversy surrounded the way Masandawana conceded in the last minute to be denied maximum points.

Mngqithi maintains that Swallows scored from an offside position and “got away with murder” again after the Dube Birds also escaped what looked like a genuine penalty for Orlando Pirates in the prior game to this.

Sun Jan 24 , 2021
Amakhosi could not beat Stellenbosch but are now four games unbeaten, although questions have been raised about their team selection Orlando Pirates legend Benedict Vilakazi has accused Kaizer Chiefs coach Gavin Hunt of not handing his players equal playing chances and questioned Lebogang Manyama’s continued selection in the team. Chiefs were held […] 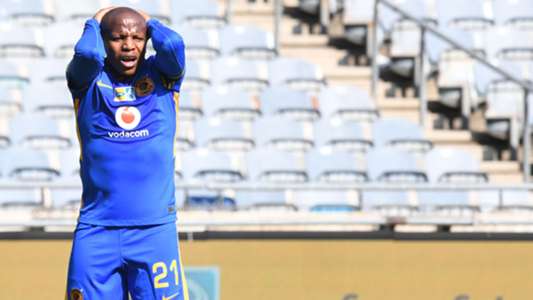