The two teams meet at Loftus Versfeld on Saturday as league action continues after the festive break.

Under co-coaches Manqoba Mngqithi and Rhulani Mokwena, as well as senior coach Steve Komphela, Sundowns are leading the PSL table, five points ahead of fifth-placed Pirates, and Davids feels their rivals are well-placed to retain the league title.

The Soweto giants are, however, keen to close the gap and victory would see them two points behind Downs with a game in hand.

“We are quite confident in our preparations leading up to the big game against Sundowns away from home at Loftus,” Davids told Pirates’ media.

“We are ready for the challenge, we know that they are the favourites, they are leading the log. It is our job to try and close the gap. You can see they completely changed the structure and the principles of play. They are a new team with new ways of playing.

“We have to be prepared for them. Yes as have to take care of their structures but more importantly execute our game plan and our way of playing.”

Sundowns are bidding for a fourth-straight league title which would be a record for successive crowns in the PSL era.

On the other hand, Pirates are desperate to end a nine-year title drought, their longest run without being crowned champions in this era of the league.

The Buccaneers captain Thulani Hlatshwayo has emphasised starting the year on a “good note” as he also stressed Saturday’s game as important as a Cup final.

“Everyone is ready and pumped up to start a new year on a good note. I wouldn’t say we got some free time for a long time because we had a game in Angola [on December 22, 2020] and the guys needed to spend time with their families which was a short break,” said Hlatshwayo as per Front Runner.

“So you could see in training that the guys are still sharp. The preparations have been very good, everyone has been available. We don’t have much injuries except [Zakhlele] Lepasa and [Tshegofatso] Mabasa and we are happy with the preparations so far because everyone is sharp and everything has been good. For sure it is an important game, it is like a Cup final.”

Hlatshwayo has also identified areas Pirates have been found wanting so far in a campaign they have scored nine goals in seven league goals, the lowest tally in the top eight.

“So internally as a team we have targets, one of the targets has been accomplished [MTN8 triumph] and now we have to make sure we have to focus on the league,” Hlatshwayo said.

“We have played a lot of draws, we have not created a lot of chances, we haven’t scored a lot of goals. We have been doing finishing quite a lot this week and we are now looking forward to Saturday’s game.”

Sat Jan 2 , 2021
Soon after he signed from Sunderland in 2011, Jurgen Klopp’s title-winning captain found himself being offered in a swap deal away from Anfield Liverpool’s Premier League and Champions League-winning captain Jordan Henderson says he was in “a very dark place” when the club tried to sell him to Fulham in […] 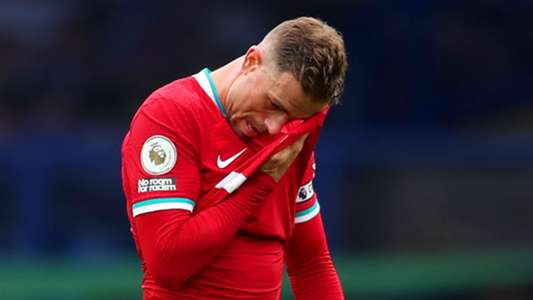