Belgian First Division A club Oostende have announced the signing of Makhtar Gueye from Ligue 1 side Saint-Etienne and the forward has quickly set out his target.

Goal earlier reported the centre-forward was close to sealing a deal with the Versluys Arena outfit and completed the move on Tuesday morning.

The Senegalese signed a four-year deal with an option of an additional one-year extension on the condition of impressive performances for the side.

Gueye believes the club would serve as a springboard for him to play in bigger leagues in future and revealed how Oostende‘s President Gauthier Ganaye influenced his decision.

“I’m good with my back to goal and I can keep up with the ball to let my teammates join in,” Gueye told the club website.

“In addition, I can also take my goals. I signed at KVO because Executive President Gauthier Ganaye gave me a lot of confidence and because young players get opportunities here.

“The Belgian league is also the ideal stepping stone to the even higher ranking competitions.”

Club’s President Ganaye revealed his delight to sign the centre-forward, whom he has been monitoring for a few months.

“I have been trying to get him here for several months so this is an important asset to us,” Ganaye said.

“Now we are looking to strengthen ourselves in defence and in midfield and then our homework is done. There is some work in the pipeline, but we will be a young, attractive team to watch.”

The striker has been with the Saints since the summer of 2018 when he joined the club’s youth setup and has only featured in five league games since his promotion to the first team.

Gueye spent the 2019-20 season on loan with Ligue 2 side Nancy and gave a good account of himself, helping them to finish second on the table.

The 22-year-old scored seven goals in 23 appearances across all competitions, amid other dazzling displays for the club.

Oostende finished 15th on the Belgian top-flight table last season and the addition of the forward could help them compete for titles in the 2020-21 campaign.

The forward will be expected to make his debut for the Versluys Arena outfit during their pre-season games.

Real Madrid: I love you, Florentino

Tue Jul 28 , 2020
JOSE A GARCIA/ BEATRIZ GUZMAN It seems quite likely that I’ll reminisce about it right here over these next few days and it’s very possible, if God and MARCA so wish, that I’ll do it again next year. I have to confess my complete inability to resist the modest charm […] 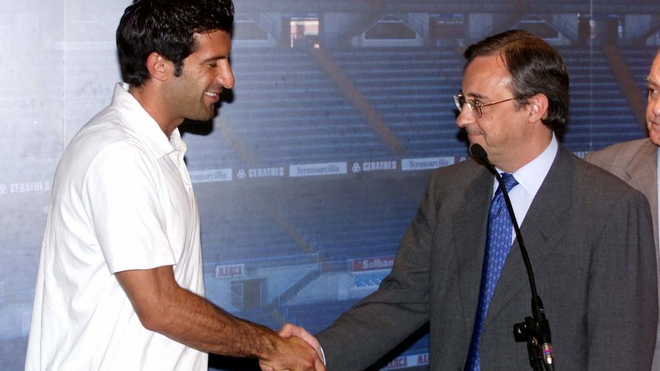