One of the main competitors for the signature of Kalidou Koulibaly have pulled out of the race to sign the Napoli centre-back, according to reports.

Koulibaly is regularly mentioned as a potential target for Premier League sides, after years of impressing at Napoli. Manchester United are often the subject of the links, despite strengthening their defence with Harry Maguire last summer.

Recent reports have indicated that Liverpool could even be interested, with the prospect of a formidable partnership between Virgil Van Dijk and Koulibaly tipped to make the Reds even stronger.

If either of the rivals are still interested in Koulibaly, they should be alert to the latest update from Le Parisien. The French outlet claims that Paris Saint-Germain have dropped out of the race for Koulibaly.

PSG had been willing to propose a big salary offer to the Senegal centre-back to tempt him towards France. However, despite their financial strength, it appears they cannot meet the demands of Koulibaly’s club.

According to Le Parisien, PSG have decided against pursuing a move for Koulibaly. The Ligue 1 giants are not prepared to meet Napoli’s valuation of the player, which remains in the region of £100m.

Napoli’s sporting director Cristiano Giuntoli insists that Koulibaly’s price will not drop, despite many transfer values being expected to this summer.

“Kalidou is a great player, who still has a long contract with us,” Giuntoli said earlier this month.

“If we were to sell, the club could ask for a large sum. A player like this cannot change his value even in a crisis, so we are not moving our valuation.”

Napoli’s rigid stance has put PSG off, despite their own sporting director Leonardo confirming that Thiago Silva will be leaving.

Leonardo has told the Journal De Dimanche that PSG have reached the “very difficult decision” to release centre-back Silva and striker Edinson Cavani at the end of their contracts this summer.

He said: “It was a very difficult decision to make. These are players who have marked the history of the club.

“Their stories were so beautiful. But yes, we are coming to the end.

“We had to make a logical decision, economically speaking and with regard to the generation that is coming through.”

Cavani has been linked with a move to Newcastle United if their potential takeover goes through.

Silva is also on the radar of several Premier League sides, despite his increasing years. Arsenal and Wolves are among the interested parties, according to reports.

Sat Jun 13 , 2020
Barcelona The Uruguayan is on the bench RAFA CASALMARCA Luis Suarez has recovered from the knee surgery he had in January, but he hasn’t been selected from the start by Quique Setien for Barcelona’s Saturday night match away at Real Mallorca. The coach admitted in his pre-match press conference that the […] 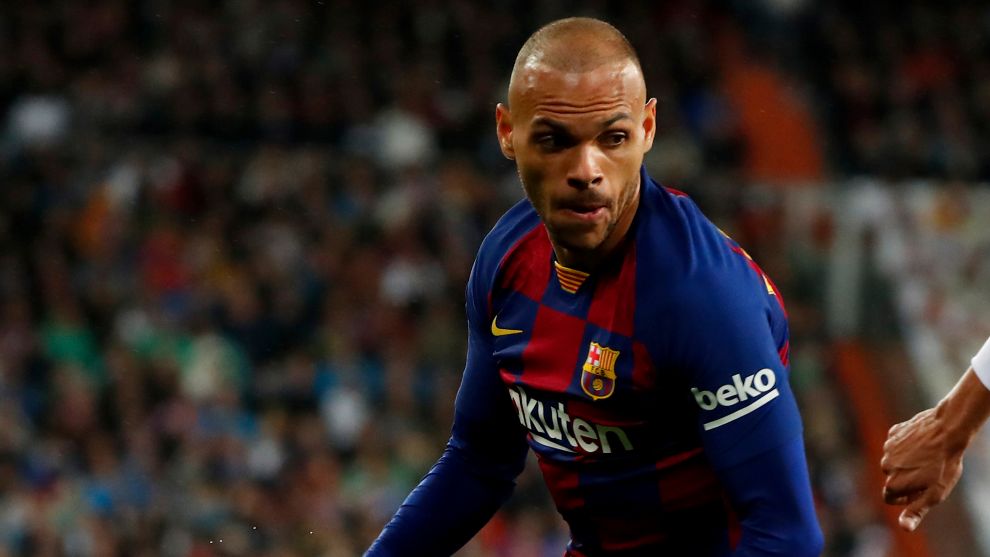