Belgian side Anderlecht have announced the signing of Ghana midfielder Majeed Ashimeru.

The 23-year-old joins the Purple and White from Austrian club Red Bull Salzburg in a half-season deal with an option of a permanent move at the end of the period.

He has been forced to look elsewhere owing to limited game time at Salzburg.

“The 23-year-old player from Ghana joins Anderlecht on loan with an option to buy.

“Majeed Ashimeru is a central midfielder who played in Austria during the last seasons. He became champion with RB Salzburg and reached the 16th final of the Europa League.

“The player will join the group as soon as possible.”

Ashimeru joined Salzburg from Ghanaian side Wafa in 2017 after catching the eye of scouts with fine performances in the Ghana Premier League (GPL).

So far this season, he has made nine league appearances involving five starts for the Austrian champions.

“Majeed is a young, versatile midfielder with a lot of verticality in his game,” Anderlecht sports director Peter Verbeke said.

“He was trained within the Red Bull philosophy, meaning his profile matches what we look for in a player. On top of that, Majeed has a good acceleration and he loves to infiltrate.

“Even more importantly, Majeed really wanted to come to Anderlecht, and we negotiated an option to buy the player, which gives us a perspective on a long term collaboration.”

The Anderlecht loan will be Ashimeru’s fourth short-term deal away since joining Anderlecht.

In the 2017-18 season, the midfielder spent the first half of the term with lower-tier fold Austria Lustenau where he made 11 appearances, starting 10 of the games and scoring once.

He then headed for Wolfsberger in the elite division where he featured 15 times, started 14 of the matches and found the back of the net twice.

In the 2018-19 season, Ashimeru moved to Swiss club St. Gallen where he played 34 times in the top-flight, made the first XI on 31 occasions and registered four goals.

In the last term, he returned to Salzburg, making 20 league appearances involving 15 starts and two goals.

Wed Jan 13 , 2021
The Serbian talisman scored Amakhosi’s winning goal against Usuthu to cap a superb outing on his maiden start of the campaign Gavin Hunt was delighted to see Samir Nurkovic return to the line-up to score a crucial goal for Kaizer Chiefs in Wednesday’s 1-0 win over AmaZulu in a PSL […] 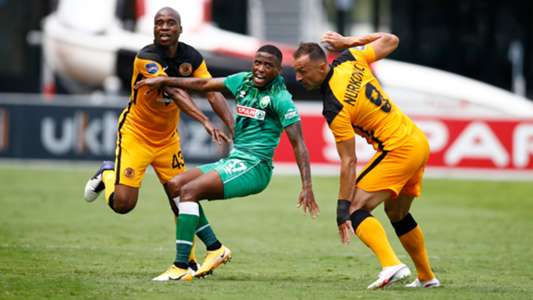