Fulham manager Scott Parker has revealed Josh Maja wants to learn and improve with his side and hailed the forward for his impressive start at the club.

The 22-year-old teamed up with the Cottagers during the January transfer window on loan from French side Bordeaux until the end of the season.

The Nigeria international has already showcased what he is capable of with his scintillating performances for the Craven Cottage outfit.

The forward was handed his second Premier League appearance against Everton on Sunday and seized the opportunity to open his goalscoring account.

Maja scored twice in the encounter to help the Cottagers secure all three points and end their eight-game winless run.

Parker has expressed his delight with the manner the forward hit the ground running and backed him to continue with blistering performances.

“I’ve been impressed with Josh Maja in a short space of time,” Parker said in a press conference ahead of their Premier League game against Burnley.

“He’s fitted in very well. He’s come into a young, energetic group of players. He wants to learn and get better, which is vitally important.”

Maja teamed up with Bordeaux in January 2019, signing a four-and-a-half-year contract after turning down a chance to extend his contract with Sunderland, where he had spent three years.

The forward scored two goals in 17 league appearances this season before leaving the Matmut Atlantique outfit for the Premier League temporary.

Maja will hope to continue his eye-catching performances for Fulham to boost his chances of getting a regular call-up to the Nigeria national team, having only featured once for the three-time African champions.

The forward will be expected to be part of the Super Eagles team that will take on the Republic of Benin and Lesotho in the 2022 Africa Cup of Nations qualifiers in March.

Tue Feb 16 , 2021
The teenager has put pen to paper on a new deal which will keep him at Old Trafford for the next few seasons at least Mason Greenwood has signed a new contract keeping him at Manchester United until June 2025, with the option for a further year. The 19-year-old has […] 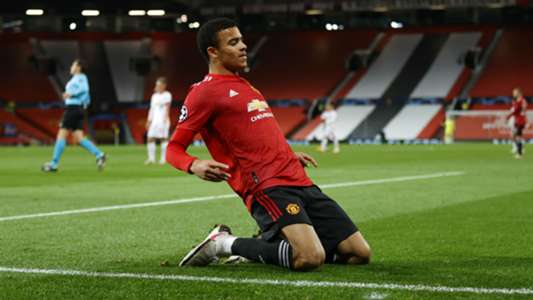