Maja teamed up with the Cottagers during the January transfer window on loan from French side Bordeaux till the end of the season.

The 22-year-old was handed his second Premier League appearance and first start and delivered a sparkling performance in the encounter.

The Nigeria international opened his goalscoring account for Scott Parker’s men in style at the Goodison Park, combining well with his compatriot Aina.

Maja came close to opening the scoring in the ninth minute when he fired a fine volley but his effort missed the target.

Fulham continued to push for an early goal and in the10th minute, Lookman sent a fine cross across the face of goal which Aina pounced on and hit a shot but his strike was blocked.

The moment eventually came for Maja to break the deadlock in the 48th minute when he fired home from close range after receiving a timely pass from Aina.

The 22-year-old forward then completed his brace in the 65th minute with a well-taken strike which was enough to seal the victory.

Harrison Reed struck a shot which hit the woodwork and fell for Maja, who swiftly tucked home his strike.

Maja featured for 73 minutes before he was replaced by Ivan Cavaleiro while Aina was on parade for the entirety of the game.

Gabon midfielder Mario Lemina featured for 90 minutes before he was replaced by Nigerian forward Joshua Onomah while Super Eagles star Alex Iwobi was an unused substitute for Everton.

Despite the victory, Fulham remain in the 18th spot on the Premier League table after gathering 18 points from 23 games.

The Nigeria internationals will hope to help the Cottagers continue in the winning ways when they take on Burnley in their next league game on February 17.

Sun Feb 14 , 2021
The Belgium forward has rediscovered his best form since swapping Manchester for Milan and becomes the latest player to join an exclusive club Romelu Lukaku has further cemented his place among the modern European greats after notching up a career haul of 300 goals, hitting the triple-century mark with a […] 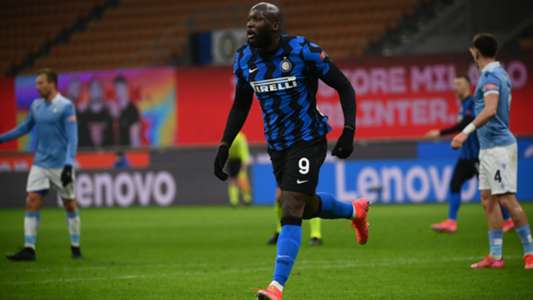