Fulham manager Scott Parker has revealed the club signed Josh Maja from Ligue 1 side Bordeaux because of his potential.

The Craven Cottage outfit completed the signing of the 22-year-old Nigeria international on transfer deadline day on loan.

Parker revealed some of the qualities of the Super Eagles forward he admired and was confident he would develop at Craven Cottage.

“I think firstly, like all deadline days they do bring a little bit of drama. Very pleased with the signing of Josh,” Parker said in a press conference.

“He falls into line with the sort of business we’ve done this year in terms of young talent with big potential.

“He’s a very good finisher and it was clear we needed to strengthen in that area. We’ve got Aleks but he’s our only real, recognised centre forward. Firstly very pleased with that so hopefully Josh comes in and we can push him on.

“We tried to do some other bits, Josh King was that one. We tried and pushed but competing with Everton was a challenge and he decided to go there.”

Fulham will take on Leicester City in their next Premier League game on Wednesday as they look to end their winless run.

Parker revealed Maja may not feature in the game as he is yet to arrive at Craven Cottage from his base in France; and was uncertain regarding the fitness of the forward.

“Josh is not here at the moment, he comes in today, he’s not played over the last three or four games so we need to see physically where he is,” he continued.

“Ability-wise Josh was here as young boy, he’s played in English football so I don’t see that as an issue. Probably more just where he is physically and we’ll judge that.

“Physically where he is, is something we’ll have to work out. I brought Josh to the football club because he’s someone who I see with big potential, someone I see we can develop.

“When you look at the transfer work we’ve done this season in Antonee Robinson, Tosin, Harrison Reed, Ademola Lookman, even Ruben Loftus-Cheek.

“These are young, exciting players who need developing, need time, need improving, not had a lot of football and the challenge is the next level of the Premier League. All of these players have done fantastically well and I think Josh fits into that bracket as well.

“There is a slight risk there because he’s not been around the Premier League but not many of these players we signed in the summer, and done some very good business, did as well. That’s where I see it.”

Maja had played 17 league games for Bordeaux, scoring two goals before his departure from the club.

Tue Feb 2 , 2021
The British coach labeled East Bengal defeat to Bengaluru as a rare bad day at the office… East Bengal succumbed to their sixth defeat of the season as they went down 0-2 against Bengaluru on Tuesday in an Indian Super League (ISL) clash. The Red and Golds conceded defeat despite […] 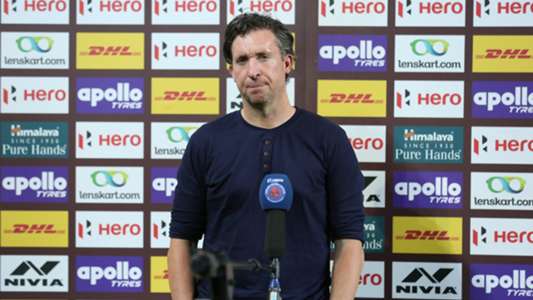