Unbeaten in their last five games in the competition, Scott Parker’s men are in dire need of a win against the visitors – a result that will take them off the relegation zone.

In a 4-2-3-1 formation, Torino loanee Aina will partner his compatriot Adarabioyo, Joachim Andersen and Antonee Robinson at Fulham’s backline – to halt the attacking forays of Spurs which will be spearheaded by Harry Kane.

Ruben Loftus-Cheek and Ivan Cavaleiro join on loan RB Leipzig’s Lookman in the midfield, while goalscoring responsibilities will rest on the shoulders of Nigeria international Maja.

Elsewhere, Cameroonian midfielder Andre-Frank Zambo Anguissa would be hoping to feature in his 27th league game of the 2020-21 campaign having been named as a substitute.

On the other side, Cote d’Ivoire’s right back Serge Aurier has been axed from Mourinho’s squad hoping to secure all maximum points at the Craven Cottage. The 28-year-old last featured for Spurs in their 4-0 demotion of Burnley on February 28.

Speaking to Fulham website, Aina is optimistic about his side’s chances versus the Londoners if they ‘play well’.

“They’re a good team,” said Aina. “We’ve done our homework and we go into the game with confidence.

“We know that if we play well and stick to our guns then we can hopefully get a result.

“Last time [we played Spurs] the game was really rushed but we still managed to put in a performance, so now the game isn’t rushed, and everyone has had time to prepare, it should be a really good game.

“It’s going to be a challenge for them as well as we’ve shown over the past few weeks and months that we’re a good side, and a team to be reckoned with.”

Despite occupying the eighth spot in the English elite division log having garnered 39 points from 25 points so far this season, Tottenham Hotspur are not giving up on their ambition of earning a Champions League place at the end of the season.

Can Eze really realise his potential at Crystal Palace?

Thu Mar 4 , 2021
A forgettable game of football may have impressed Roy Hodgson, but offers little inspiration to the talented Nigerian wonderkid When Eberechi Eze was replaced by Jeffrey Schlupp with six minutes of normal time to play, the 22-year-old was probably relieved by his withdrawal. There’s usually a buzz when Manchester United […] 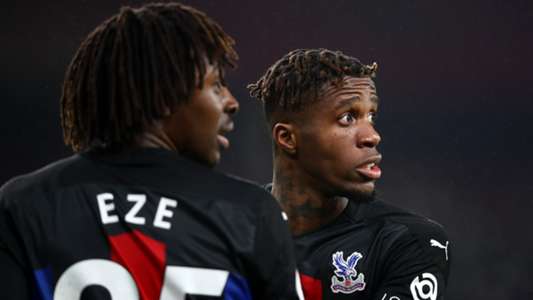