The versatile England international opted against leaving Emirates Stadium during the last summer window, but that stance may be about to change

Ainsley Maitland-Niles will “pursue an exit in the summer”, says Kevin Campbell, with Arsenal warned that a waiting game for the versatile 23-year-old is “not going to last”.

It appeared at one stage as though the Emirates Stadium academy graduate would seek out a switch in 2020.

Wolves were said to be leading the chase for his signature, with a £20 million ($26m) offer put on the table.

Arsenal and Maitland-Niles ultimately shunned that interest, with the highly-rated performer opting to remain in north London and compete for regular outings under Mikel Arteta.

He has been restricted to just four Premier League starts in 2020-21, despite breaking into the senior England squad, with the majority of his minutes coming in the Europa League.

The ambitious midfielder had been hoping to fill a more prominent role, especially as Arsenal have struggled for consistency this season, and patience is now wearing thin.

Campbell expects that to snap in the near future, with Maitland-Niles being tipped to push for a move elsewhere.

“I think he will pursue an exit in the summer,” former Gunners striker Campbell told Football Insider.

“Although he loves the club, he is an England international now – he has to play football.

“There is no point loving the club and being a bit-part player. You have proven you can do it on numerous occasions, you are a full England international and you are on the bench…

“That is not going to last.”

Campbell has been forced to change his tune in a matter of weeks, with the ex-Arsenal frontman previously stating that Arteta was set to do all he can to keep Maitland-Niles on his books.

“I hear Mikel Arteta is trying to convince him to stay and sign a new contract because he is now an England international,” Campbell told Football Insider in early December.

“Which clubs let England internationals go? You do not do that.

“Maitland-Niles is a good player but he is no Partey, that is for sure.

“He has a great engine on him, tough and can take a penalty because he is calm as a cucumber. He has loads of pluses going for him. He can fit in multiple positions and every team needs a utility man, and when your utility man is an international you need to keep him even more so.

“I can see Mikel Arteta going on the charm offensive to try and keep him at the football club.”

Thu Dec 31 , 2020
Azam FC also scored with three minutes to go to get maximum points against Polisi Tanzania Young Africans (Yanga SC) had to dig deep to settle for a 1-1 draw with their hosts Tanzania Prisons in a Tanzania Mainland League game played on Thursday evening.  Jumanne Fadhili scored for the […] 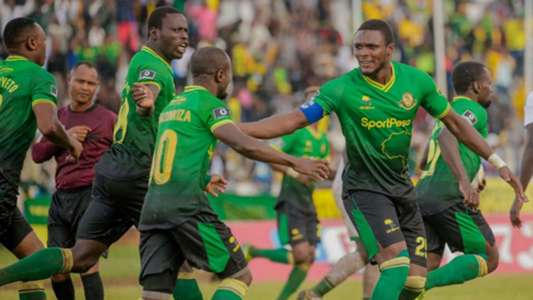