Mainz forward Taiwo Awoniyi was stretchered off in his side’s clash against Augsburg in Sunday’s Bundesliga game after suffering a serious injury.

The Nigeria youth international was afforded his fourth start by manager Achim Beierlorzer and 11th league appearance since teaming up with the 05ers last summer from Premier League side Liverpool.

The forward was handed a wing-role in the encounter partnering Levin Mete Oztunali, Robin Quaison and Jean-Philippe Mateta upfront.

The 22-year-old aimed to play a key role in his side’s quest to build on last weekend’s five-star performance, where they returned to winning ways with a 2-0 victory against Eintracht Frankfurt. However, he suffered a nasty collision in the 23rd minute and was taken to hospital.

Taiwo #Awoniyi has been stretchered off injured following a nasty collision 😢

Awoniyi took one shot in the encounter which was blocked and had a 75% pass success rate before the injury incident which saw him replaced by Karim Onisiwo.

The forward will be expected to undergo a further test to determine the nature of his injury and the duration he will be sidelined from action.

Awoniyi joined Liverpool in the summer of 2015 after his fine showings at the 2013 U17 World Cup, where he scored four goals in the competitions to help Nigeria win the title.

The Imperial Soccer Academy graduate is, however, yet to feature in the Premier League for the Reds since joining the side, having spent most of his time on loan.

The forward has played for FSV Frankfurt in Germany, NEC in the Netherlands, Royal Excel Mouscron and Gent in Belgium before teaming up with Mainz.

The 22-year-old has only found the back of the net once against Köln for the Opel Arena outfit in this campaign.

Mainz are currently three places above the relegation zone after winning nine games, drawing four and losing 18 which saw them gather 31 points from 31 games.

The 05ers finished 12th on the Bundesliga table in the 2018-19 season and will hope to avoid the drop from the top-flight at the end of this campaign.

Sun Jun 14 , 2020
If goals decide matches then goalkeepers do too, and Unai Simon played a key role in Athletic Club earning a point against Atletico Madrid on Sunday. It was a meeting of two of the best goalkeepers in LaLiga Santander, and both made important contributions. Raul Garcia was on the end […] 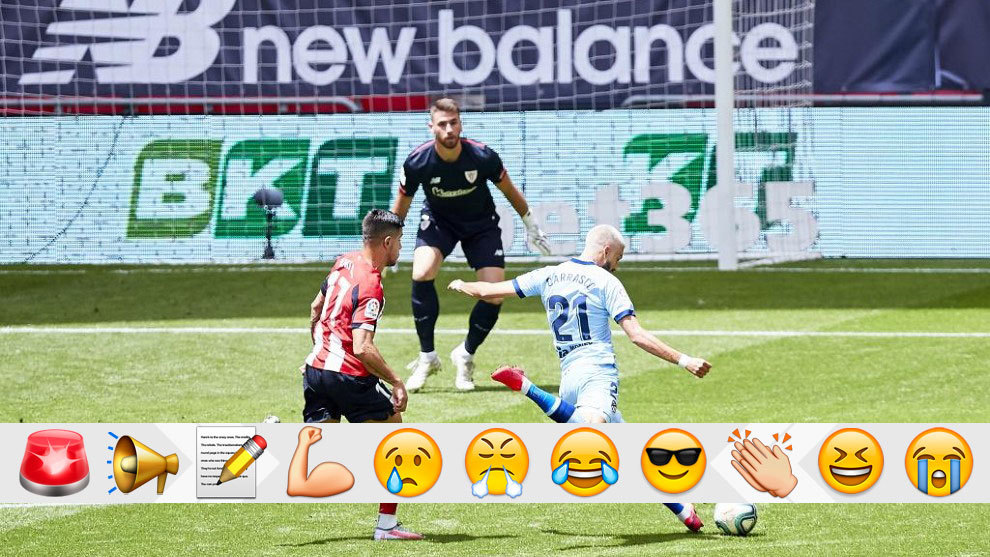