The Algeria winger believes that victory at the Etihad Stadium would boost the Citizens’ hunt for this season’s league title as they currently sit at the top of the table with a 14-point lead above their closest rivals Man United.

Mahrez and his teammates are aware of the importance of the derby to fans, and they have turned their attention to stretching their impressive 21-game winning streak in all competitions.

“It is a derby and we know it means a lot to the fans,” Mahrez told the club website. “We are going to try and enjoy today and then we will start to focus on United.

“It is going to be another tough game, different, but tough as well, so we will see.

“If we win on Sunday it will be good, but we know we are not at that point yet and we have to recover today and try to be ready for then.”

The 2016 African Footballer of the Year contributed to the comfortable win with a goal to his name.

However, his performance got former City defender Nedum Onuoha talking and he described the 30-year-old winger as a joy to watch and a blessing in Guardiola’s team.

“I love him. I think he’s one of many players in the team who don’t necessarily get the headlines but do a great job for the team,” Onuoha said in admiration of Mahrez.

“For him when you add that he’s scored seven and got five assists, he’s contributing.

“As a coach you can have your ideas but can you get your players to buy into it all the time? And Pep has that in someone like Mahrez.

“He works exceptionally hard defensively and he understands his role and occupies the defence in a certain way.

“And if he gives away the ball he reacts straight away and there’s always a moment where he’ll get someone isolated inside the box and that’s bad news (for the opposition).

“It’s a blessing to have people like him on the field who can do something a bit different.

“He’s getting some isolations there one on one, and I’m just there in the background making all types of noises by the stuff I’m seeing.

“It’s unique, it’s special, it’s part of the system but it’s a joy to watch and long may it continue.”

Thu Mar 4 , 2021
The club’s executive vice-chairman made the statement as Man United’s latest financial figures were released showing debt has increased by 14%. Ed Woodward has reiterated his support for Ole Gunnar Solskjaer adding that the progress Manchester United have made this season gives optimism for the future. United topped the table […] 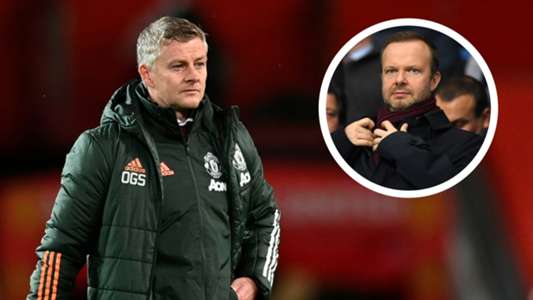