Manchester City forward Riyad Mahrez has stated his side will be aiming to be confirmed as Premier League champions by securing victory against Chelsea on Saturday game.

The Citizens would open up an unassailable lead on top of the 2020-21 Premier League table if they beat Thomas Tuchel’s men in the encounter.

The Stamford Bridge outfit, on the other hand, will be aiming to see off Pep Guardiola’s side in an effort to boost their top-four chances.

Mahrez, aware of this, stated his side will not leave any stone unturned in their quest to win the game and believes the pressure will be more on the Blues.

“We want to win to become champions but they also want to win because they want to finish fourth. The pressure will be more on them,” Mahrez said, as per Manchester Evening News.

Mahrez started his senior career in France with Quimper before joining Le Havre and his impressive performances earned him a move to Premier League side Leicester City.

He starred for the Foxes for four years, winning his first Premier League title with the club before teaming up with the Citizens in the summer of 2018.

The winger has continued to showcase his quality with the Citizens and recently helped them reach the final of the Champions League for the first time.

The Algeria international has highlighted some of his ambitions and he is pleased to have been able to fulfil part of them.

“I’ve always had a lot of ambitions, I’ve always thought I would be able to score in the quarter and semi-finals of the Champions League,” he continued.

“It’s true that there are players like [Kylian] Mbappe who manage to do that when they’re 17.

“But some of the players of my generation who were playing in Ligue 1 at 20 have since ended their career. That’s when your career ends that you can assess it.”

Mahrez has scored 14 goals and provided seven assists in 45 appearances across all competitions this season, amid other dazzling displays

The forward will hope to continue his blistering performances against Chelsea and help his side extend their winning run in the encounter.

Fri May 7 , 2021
The Belgian’s appointment as Bafana Bafana coach has been seen as a statement of intent Veteran Ghanaian coach JE Sarpong believes South Africa’s Bafana Bafana will be a hard nut to crack for the Black Stars following the former’s appointment of renowned Belgian coach Hugo Broos as tactician. The two […] 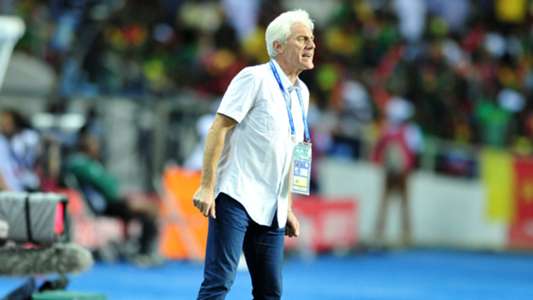